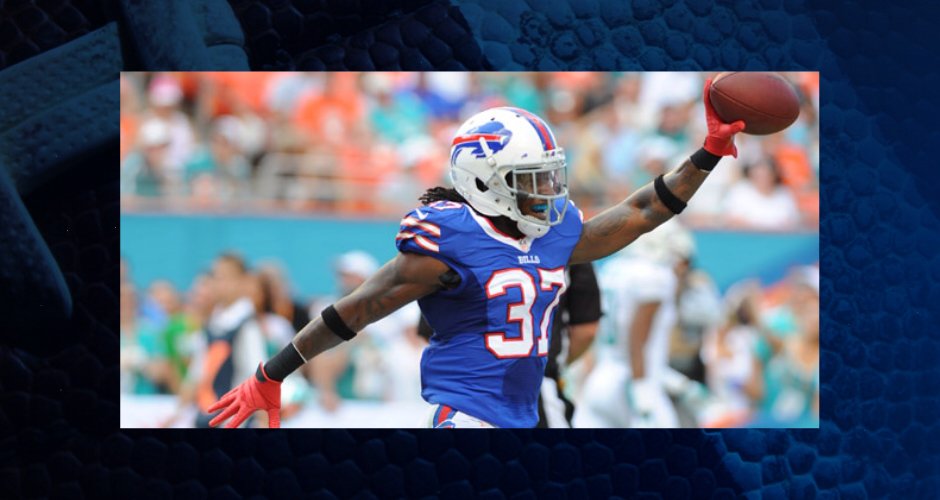 With training camp less than a month away for the Bills, it is important to note that no matter how each of them came to Buffalo (whether by free agency, draft, or undrafted free agency) any player is capable of making the 53 man roster.

No one would know that better than cornerback Nickell Robey, who entered the 2013 training camp as a 21 year old defensive back from USC listed at 5’7”, 169 pounds who was not selected in the 2013 NFL Draft. Robey not only made the squad, but made impact plays.

In a Buffalo victory against the Miami Dolphins last October, Robey had a pick six and recorded two sacks in the rematch in December. Robey was ranked 28th among cornerbacks in the NFL last season, according Bleacher Report’s Matt Miller in his NFL 1000:

Because of his height, Nickell Robey (5’7”, 165 lbs, one season) is limited to being just a slot cornerback. However, slot cornerbacks play big roles in today’s NFL. Robey played more than 600 snaps last season as the Bills’ inside cornerback. To make up for his lack of size, Robey relies on his quickness and aggressive ball skills. His aggressiveness can’t overcome bigger receivers or tight ends, but he proved to be effective against receivers who rely on their quickness to succeed.

Robey was kind enough to talk to me during his triumphant camp last August, and its safe to say he had all the characteristics of an undrafted success story: humility, work ethic, and intensity to go along with his skills.

While Robey was the standout performer, third-string quarterback Jeff Tuel also parlayed his training camp performance into a spot on the roster, and receiver Da’Rick Rogers went from being cut at Bills camp to catching 14 passes and two touchdowns for the Indianapolis Colts, along with a 46-yard bomb from Andrew Luck in the Colts’ playoff victory against the Chiefs.

Here is a look at a pair of undrafted rookies who could potentially make the roster, which would give them the opportunity to have a Robey-like rookie season:

Ladler garnered first-team All-Southeastern Conference recognition as a senior in 2013 after forcing a school-record five fumbles to go along with five interceptions. In May, the Buffalo News’ Mark Gaughan profiled how Ladler changed his game entering his final year for the Commodores:

“I just took that info and started watching him on film,” Ladler said. “I noticed every time he was around the ball, he was punching at the offensive player. That’s kind of how he has made his name.”

Tillman is not a bad example for Ladler to follow, as the Chicago Bear has forced 17 fumbles in his last 40 games played. With Pro Bowler Jairus Byrd going to the Saints in free agency, who exactly will start across from free safety Aaron Williams is a question mark.

Ladler joins third-year pro Da’Norris Searcy, along with second-year pros Jonathan Meeks and Duke Williams in a young safety group that could be forced to grow up quick. If Ladler continues his progress as a playmaker from his last collegiate season, don’t be surprised if he makes an imprint or two in the regular season.

Gaines, a native of Buffalo and graduate of Canisius High School, was among the Bills’s undrafted free agent signees profiled by Buffalobills.com insider Chris Brown in May, in which Gaines is complimented by the team’s area scout:

“A local kid so it’s good that he gets a chance to get back near home and try to carve out a career for himself,” said Bills area scout C.J. Leak. “Everybody at his school raved about his character and work ethic. He played at middle and outside linebacker for them. What he lacks in size and speed he makes up for in quickness and shows the ability to slip backs. He has some special teams experience as well.”

When he was introduced as a Bill, Gaines could not have been happier with coming back home to start his pro career.

“It’s amazing being back home and being well-received from people back home,” said Gaines. “From my high school teammates and everybody just excited for me to be here.”

Gaines was asked about Robey’s rise as an undrafted rookie as well. Gaines hopes to use the now second-year cornerback as both advice and motivation to achieve his goals.

“Whatever and whoever I can ask to be successful, that is the plan,” said Gaines. “It just shows his work ethic and with the odds stacked against him, his ability to still overcome and have a great rookie season and go in to his second season. I’m excited to talk to him as well as other players.”