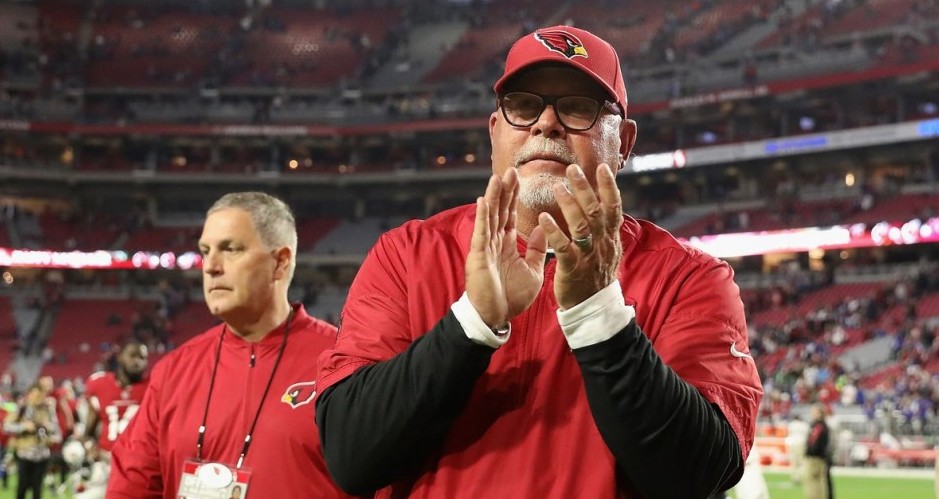 Coming off of their bye week, Arizona is headed to Arrowhead Stadium to take on the red-hot Kansas City Chiefs. In the coming days you won’t hear what a good matchup it will be. On Sunday morning you won’t see or hear any of the experts picking the Cardinals – not even as their upset pick of the week. The Cardinals are 2-6 and both of those wins have come against the same Jimmy Garoppolo-less San Francisco 49ers. What you might hear is how the only thing the Cardinals have a chance at winning this week is the coin toss. Well, the Chiefs have won 12 straight coin tosses too!

The Chiefs are 8-1 and haven’t lost a game at home (4-0). Even when the Chiefs are bad, going in to Arrowhead and coming away with a win is a tough task. As if the Cardinals offense hasn’t had a hard enough time already, this week they will also have to deal with the loudest fan base in the NFL.  Arrowhead Stadium can be deafening to opposing teams. Back in 2014, Chiefs fans registered an incredible 142.2 decibels – an eardrum can rupture at 150.

There’s only a few ways to quiet the home field advantage and to do that the Cardinals will need to string together some first downs and score points. The only other way is to get blown out early. A few weeks ago the Cardinals got embarrassed at home on Thursday Night Football against the Denver Broncos. Denver jumped out to a 35-3 halftime lead and even the sea of Broncos fans got bored and began to simmer down.

To silence this crowd, look for new Offensive Coordinator, Byron Leftwich, to spread the offense and attack a Chiefs defense that has been susceptible to the pass. The Chiefs have given up more pass yards than any other team in the NFL (2,724). After the Bronco beat down, the Cardinals let Mike McCoy go play golf and Leftwich took over play-calling. Leftwich earned a win in his first game and rookie quarterback Josh Rosen threw for 252 yards on 40 attempts – both season highs. Rosen isn’t buying in to the idea that the Chiefs have a bad pass defense, though. “I think a lot of those numbers are a little bit deceiving because, I mean, they’re up by like 30 in half their games”, Rosen said.  “A lot of the times they [defense] are just playing back, letting the offense do what they want to do and trying to bend not break.”

Rosen is right. Chiefs Head Coach, Andy Reid, and his emerging superstar-quarterback, Patrick Mahomes,won’t mind a shootout. When it’s all said and done, they have more weapons than you. Wide receiver Tyreek Hill, tight end Travis Kelce, and running back Kareem Hunt are all stars in their own right. Mahomes leads the NFL in passing yards (2,901) and touchdowns (29). Hill and Kelce are both in the top 10 in receiving yards – Kelce leads all tight ends – and Hunt has the third most rush yards in the league. Hunt already has 13 touchdowns on the season – the entire Cardinals offense only has 12. Pick your poison, Arizona.

For the Cardinals to stand a chance, simply winning the turnover battle won’t be enough. They’ll need those turnovers to lead to points and will need big plays on defense and special teams. Look for the Cardinals defense to be extra aggressive this Sunday. With nothing to lose, why not?

Former Cardinals Head Coach, Bruce Arians, will be calling the game for CBS. It’s no secret that Arians wanted to draft Mahomes in the 2017 NFL Draft before the Chiefs ultimately jumped Arizona and snagged him with the 10th overall pick. It will be a matchup between the guy he almost had verses the guy he would have had if he decided to stay with Arizona for another year. Bruce may have not brought a ring to the desert, but after what Arizona has endured this season, the sound of his voice will certainly have fans reminiscing.

Kickoff is scheduled for 11am (MT) and the Chiefs are favored by 16.5 points. Sheesh.