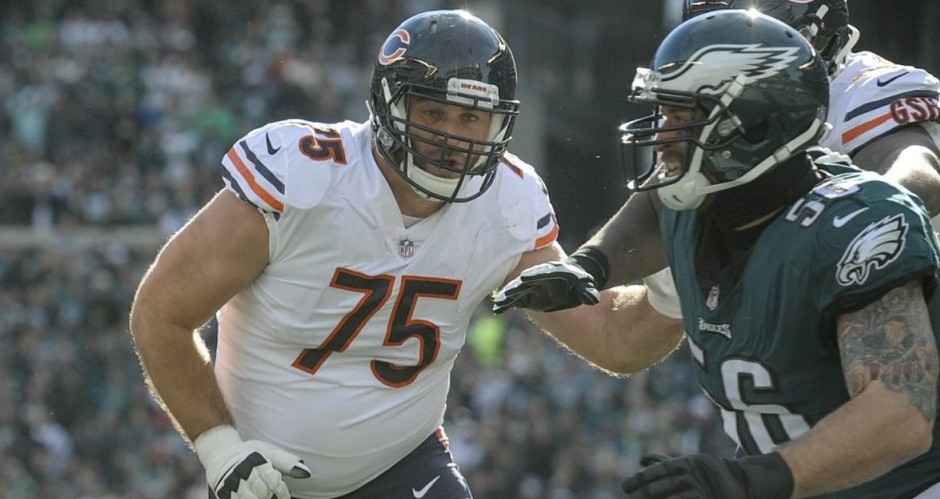 Headed in to Wild Card weekend the Bears and Eagles share a common goal – win four straight games and call themselves World Champions…again. The Bears took home the Lombardi Trophy in 1985 and Philly will proudly tell you in their best Bruce Buffer voice how they are the reigning, defending, undisputed, Super Bowl Champions of the world! But their goal of winning Super Bowl LIII isn’t the only thing these two teams have in common.

Eagles Head Coach, Doug Pederson, and Bears Head Coach, Matt Nagy, have strikingly similar résumés. In fact, if this were a college class, Nagy might be accused of plagiarism. In 2009-2010, Pederson was Philadelphia’s offensive quality control coordinator – a job Nagy eventually took over in 2011-2012 when Pederson became the Eagles quarterback coach. When Philly decided to part ways with Head Coach Andy Reid in 2012, Reid took Pederson and Nagy with him to Kansas City. Doug would start off as Reid’s Offensive Coordinator and wouldn’t you know it, Matt would be KC’s quarterback coach! It wasn’t long before the high turnover rate in the NFL caused a head coaching opportunity to come knocking on Pederson’s door. Philly would hire him in 2016. What do you think Nagy did next? Become the Offensive Coordinator for the Chiefs of course! After Doug won the Super Bowl with the Eagles last year, the writing was on the wall for Nagy. Legend has is that when the Bears called Nagy he said, “Check out my résumé. It’s nearly identical to the most recent Super Bowl winning Head Coach. I have the recipe for success.” Truth be told, Nagy probably didn’t say anything like that – but he wouldn’t need to. Two coaches he spent years with are currently  atop of the food chain so it only made sense that Nagy would be given an opportunity. All he’s done with that opportunity is take the Bears from worst to first in the NFC North in his very first season.

This game will also feature brother versus brother when Chris Long and Kyle Long take the field on Sunday. The Long brothers are offspring of Hall of Fame defensive end, Howie Long, and both of the brothers were first round draft picks. Chris, the eldest of the two has won back-to-back Super Bowls as a defensive end with the Patriots and Eagles. Younger brother, Kyle, is a guard on the Bears offensive line and is hoping to join his older brother and father as Super Bowl Champions. With Kyle doing his work on the interior of the line, the brothers won’t be matched up face-to-face, but they will certainly cross paths. You can expect some “brotherly love” when that time comes. “Unfortunately, I’m playing against my family this week,” Kyle said. “You’ve got to look at it as just another dude out there. He kind of looks like me, possibly, but on Sunday, we’re not related, so I’ve got to focus on my job.” Kyle’s real matchup may be a lot more difficult than any fight he may have had with his brother. Long will be up against one of the league’s most dominant defensive tackles in Fletcher Cox. Cox had 10 ½ sacks during the regular season and has made lightwork of many interior lineman.

Last season Bears tight end, Trey Burton, had one of the most memorable plays in Super Bowl history when he threw a touchdown pass to quarterback, Nick Foles, now known as the “Philly Special”. This year Burton plays for the Bears but don’t be surprised if Nagy includes the versatile tight end in a little “Chi-Town special” of his own.

Eagles’ receiver, Alshon Jeffery, was drafted by the Bears in 2012 and will be making his first appearance at Soldier Field since his departure from Chicago just a few short years ago. He was chomping at the bit to play against his former team last season, but  any animosity Jeffery may have had for Chicago has seemingly died down. A four year, $52 million contract, and a Super Bowl ring to go along with it, can certainly take the anger out of a man. “I love the city of Philadelphia,” Jeffery said. “I love the city of Philadelphia. Chicago is just when I was there for work. I don’t have any emotions. It’s a football game and they’re just in the way of where we want to go. … Boos, it doesn’t matter to me. I play for the Eagles. That comes with the nature of the business. It doesn’t matter to me. Just playing football.”

Sunday’s game will be decided by the basics – quarterback play, and defense. Will Khalil Mack, one of the most disruptive forces the NFL has ever seen, be able to knock good ol’ Saint Nick (Foles) back to the land of make believe? Or will Foles prove that once again this is his time of year, and provide Eagles fans with more post season gifts? Will Fletcher Cox and big brother Long be able to fluster Bears quarterback Mitch Trubisky in his first career post-season start? The quarterback with the least mistakes is likely to advance to the next round where the task will be even tougher. The Rams or the Saints await.

Chicago heads in to Sunday’s matchup favored by six and a half points. It will be approximately 41 degrees at kickoff which is set for 4:40pm ET.