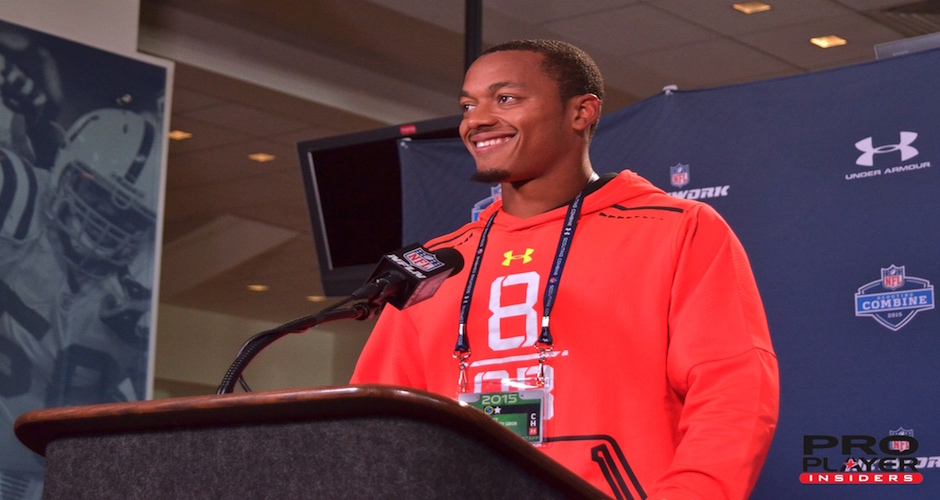 INDIANAPOLIS– Brett Hundley is known as a dual threat quarterback who has dominated PAC-12 defenses over the past three years. In his final season at UCLA he threw for 3,745 yards and 29 touchdowns. He also added 548 yards and eight touchdowns on the ground. Hundley threw for over 3,000 yards and had a completion percentage of nearly 70 percent in each season during his tenure at UCLA.

Hundley has the talent to succeed at the next level, as he possesses the mental aptitude, and athleticism to lead an NFL team at football’s premier position – quarterback. With that said, talent with the absence of work ethic could quickly turn a NFL dream into a nightmare. Hundley has the will in conjunction with the skill; but what is it that drives him to continue to seek perfection after a prolific collegiate career? The answer is Paris.

Hundley’s older sister Paris has been suffering from epilepsy since she was 10-years old. Paris’ seizures are so violent that she has separated her shoulders nearly 200 times; but her toughness and willingness to be of good cheer despite her circumstance serves as motivation for Hundley. Hundley spoke about his sister’s battle with epilepsy and how it has molded the malleable young quarter into the player he is today. Hundley said,

Being that Hundley and Paris are just one year apart in age, they once played on the same flag football team. Paris was also a standout track and field athlete, but her athletic endeavors were eventually placed on hold. Hundley spoke about Paris living vicariously through him. Hundley said,

“Going through my journey with her has been an experience to me, but also she lives through me sometimes. She’ll sit there and text me before a game and we’ll just sit there and talk.”

At age 21, Hundley knows precisely why he wants to play football at the highest level possible. His motivation is sound, selfless and rooted in righteousness. Hundley realizes he’s not playing for himself, but he’s also playing for his sister Paris. Handley said,

“I play for a lot more than myself, and she’s one of those individuals that I play for; she’s helped me a lot through this.”

With his new platform as an NFL quarterback, Hundley hopes to raise awareness on the neurological disorder that has plagued his sister since she was just 10-years old. With his God-given talent, benevolence and drive to succeed as an NFL quarterback; Hundley will likely achieve his on, and off the field goals.