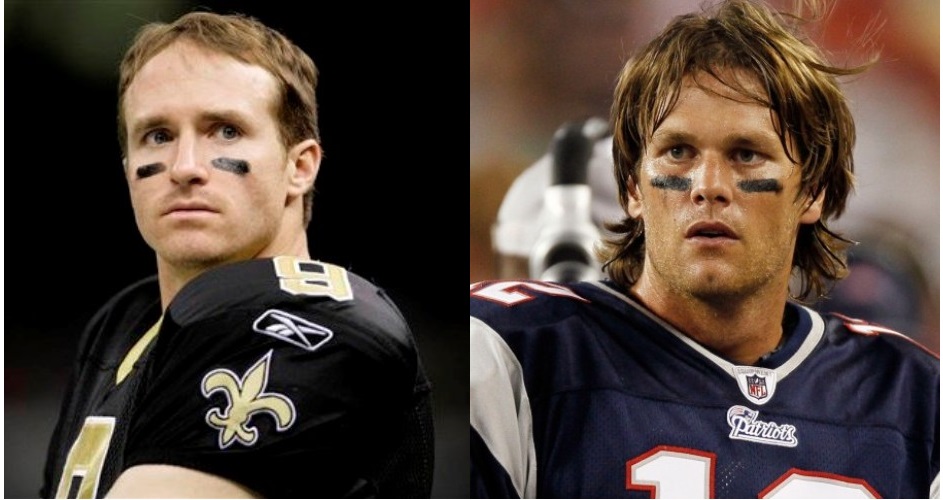 “Every player who plays in this League gets hurt and we are indebted to the guys who provided this game for us. It is our duty to fight these fights for fairness.” – Drew Brees

It seems like every season, quarterback titans Tom Brady and Drew Brees are a good bet to face off in the Super Bowl or at least compete for league Most Valuable Player honors. But they’ve joined forces this summer, and that if nothing else should turn heads.

They’re on the same team off the field, as the NFLPA is attempting to make sure that pursuing workers compensation for NFL players isn’t destroyed in the state of California. Brady and Brees (or Brees and Brady, depending on your fandom) wrote an Op Ed for the San Francisco Chronicle voicing their opposition to California’s Assembly Bill 1309, which would prevent players from getting injury compensation in California courts.

They came together because, as Drew Brees said, “This Union has always been about the player leaders making sure that both the game and business of football is better for those who come after us.”

They also came together because it really is a bizarre piece of profoundly unfair legislation that takes specific aim at pro athletes. In its current form, the bill allows out-of-state workers – from migrant farmers to Hollywood actors – to be able to sue for compensation if they are hurt on the job. But California lawmakers want to make sure that NFL players don’t have these same rights and are aiming to shut them out of the California courts.

For Tom Brady, a son of California, and Drew Brees, who played his early years for San Diego where he injured both his shoulders, this cannot stand. As they write in their Op Ed. “This bill would [leave] no room for judges to make fair and reasonable decisions for thousands of pending and legitimate claims by professional athletes. There are players – real people with real families – out there who are literally fighting to save their legs and get the medical care they need for the injuries they suffered at work.”

The anti-player extremism of this bill boggles the mind. According to the language of AB 1309, if you play for an out-of-state team, you are legally prevented from receiving benefits even if you are a California resident. The bill also prevents you from going to court if you played for a California team for under eight years or finished their career on a non-California team.

It actually does a disservice to call this an “anti-player” bill. It’s an anti-worker bill. If the state can get away with creating guidelines such as these, you can believe that migrant workers, actors, and everyone who goes to California in search of temporary work, will be next.

The question is why? Why is the California state legislature targeting pro athletes, specifically pro football players? The answer is an unpleasant one. For years, the NFL has lobbied to close what they call a “loophole” because they don’t want players pursuing workers’ compensation benefits in California’s historically labor-friendly courts. Especially now, as thousands of former players are suing the league for the injuries they suffered while playing, they don’t want California courts deciding precedents that can be used in other courts.

NFL player Takeo Spikes, who has played the last five years of his career in California, says, “At the end of the day, in reality the league is a business. The true thing that they care about is the bottom line.  [This legislation] can impact so many guys — I’m one of those guys.”  (Listen  to Gary and Larry of KNBR interview with Takeo Spikes and DeMaurice Smith)

If you ask the lawmakers in California, they won’t talk about the influence of NFL owners who have been complaining about this for years. Instead they’ll say that player compensation lawsuits in the state constitute “an undue burden” on the taxpayers of California. They say this even though any victorious compensation claims would come from NFL owners and not taxpayers. They say this even though a portion of that compensation comes from the player’s themselves, as the NFLPA gives millions to the compensatory fund. The NFLPA has also pointed out for good measure, that in 2010, pro athletes paid more than $161 million in state income tax.

As for Brady and Brees, this issue is extremely personal. As Brady says, “Of course we have an obligation to former players who made this game that I’m privileged to play. When we talk about honor and sacrifice, it’s not just about game day.  It’s about fighting for what is right.”

In this case, “fighting for what’s right”, also means fighting for a great many people who quite literally can’t stand for themselves.