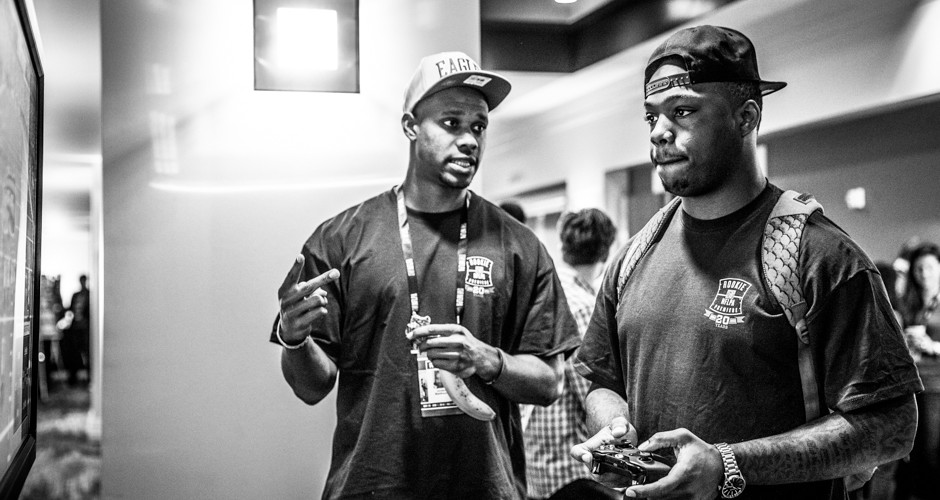 Top NFL draft picks had much to say to ProPlayerInsiders at the NFLPA Rookie Premiere. Here’s a few of our favorites:

“All I know is I have a responsibility to inspire the kids in Panama City. No one comes out of there, so I am ready to make them proud.”

“My sister is definitely my hero. She has kept me going.” Another mentor is his former Trojan teammate Robert Woods, “I look up to Rob Woods. I keep up with him and have followed his career in the NFL.”

“I see Will Smith (the actor) as someone that has excelled in his industry. I hope to do that in football. Really just never be satisfied and work for it.”

“I was always focused on Plan A…to play football. There was never a plan B.”

“Music is powerful, so I spend my mornings focused on God. Then in the afternoon I will listen to Eric B. and Rakim.

“My daughter MacKenzie is so important to me. I have a tattoo on my arm for her. My roommate gave me the name for her.” Evans also shared that Randy Moss is one of his favorite players. “The way he played with swag. They even made a term after him (Mossed) when a WR beats a DB.”

“I look forward to playing with Brandon Marshall. I have always seen him and how he truly handles his business off the field.”

“Coming from LA not too many make it out. I did. I am ready to inspire these kids and take care of business.”

“I played at Clemson and keep up with CJ Spiller. To play with a guy I know and look up to will be fun.”

“My favorite college memory was my first touchdown on my freshman year against Northwestern …. If I could have superpowers, I would have the ability to teleport myself to the end zone.”

“A quarterback has to be the CEO of the team. He has to have the mindset of being the best of the best. Tom Brady is the perfect example of a CEO and I look forward to working with him.”