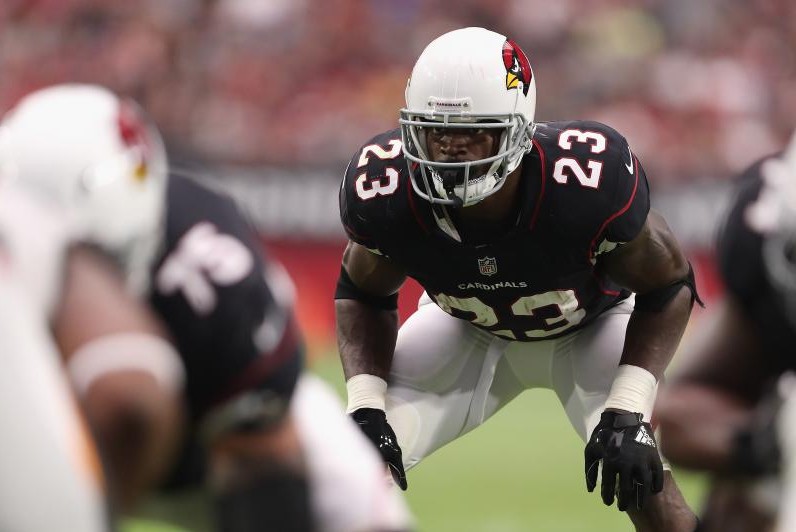 Just when it seemed the oldest team in the NFL was going to bite the dust, General Manager Steve Keim once again did Steve Keim things and brought in a wily veteran by the name of Adrian Peterson.  From the very first drive against the Buccaneers, Peterson worked as a defibrillator, bringing a dose of electric current to the heart of the Arizona Cardinals football team, and their fans.  While Cardinal fans have always kept the University of Phoenix stadium buzzing, there hadn’t been a shockwave of that magnitude since Matt Leinart hit Anquan Boldin for a 49-yard touchdown in Leinart’s first drive of his first NFL start over a decade ago.  Peterson’s first game with the Bird Gang was the type that gives a team hope, but by now Cardinals fans understandably have reservations when it comes to getting their hopes up.

This week the Cardinals fly to London, England to take on the division leading Los Angeles Rams.  As any member of either team will tell you, “they don’t like us, and we don’t like them”.  With a win, the Cardinals would knock the Rams off their pedestal and take over at least a share of first place.  A loss puts Arizona two games back.  Just like every game prior to this one, this is biggest game of the season for both teams.  This one however, seems a little more serious.

Heading in to week seven, the Rams rush defense is ranked 29th overall, so AP will look to pick up right where he left off.  “All-Day” reminded us that even though he doesn’t catch many passes, he plays a vital part in the pass offense.  Tampa had no answer for Adrian who began to garner most of the focus from the defense allowing quarterback Carson Palmer to complete his first 14 passes.  Palmer only needed to throw 22 passes for the game, something he usually does in a half.  10 of those passes were caught by Larry Fitzgerald for 138 yards and a touchdown.  Passing against the Rams won’t be as easy as it was against the 31st ranked pass defending Buccs.  LA comes in to this game ranked 13th in passing defense and they bring with them a monster at defensive tackle by the name of Aaron Donald.  Donald leads the NFL in QB pressures.  Let me repeat, Aaron Donald, a defensive tackle, leads all players in QB pressures.  Jared Goff, quarterback of the Rams, won’t be any safer as Cardinals defensive end Chandler Jones ranks second in the NFL on QB pressures.  With those pressures Jones also brings 7 sacks.  Donald has two.

Arizona’s D will have their hands full this week with a Rams offense that possesses a quarterback ranked 7th in passing yards and a running back (Todd Gurley II) ranked fourth in rushing yards.  Having such a well-rounded team has allowed the Rams to become the highest scoring team in the NFL averaging 29.8 points a game.  While it’s safe to say that whoever superstar Patrick Peterson decides to cover is going to have a long day, the other guys may have an opportunity to flourish.  Robert Woods is currently the Rams leading receiver but guys like Tavon Austin and Sammy Watkins are more than capable of putting six on the board any time they touch the football.  Cards head coach Bruce Arians has announced that Tramon Williams will get the start at the corner opposite of P2 over “failure in progress”, Justin Bethel.  Bethel has already given up six touchdowns on the year, two more than any other corner in the league.  Unfortunately for Justin, or any other corner starting opposite of Patrick Peterson, they’re going to get picked on.  A lot!

Can the Birds prove that last week wasn’t a fluke?  Or will the City of Angeles finally show Bruce Arians they have no plans of going 8-8?