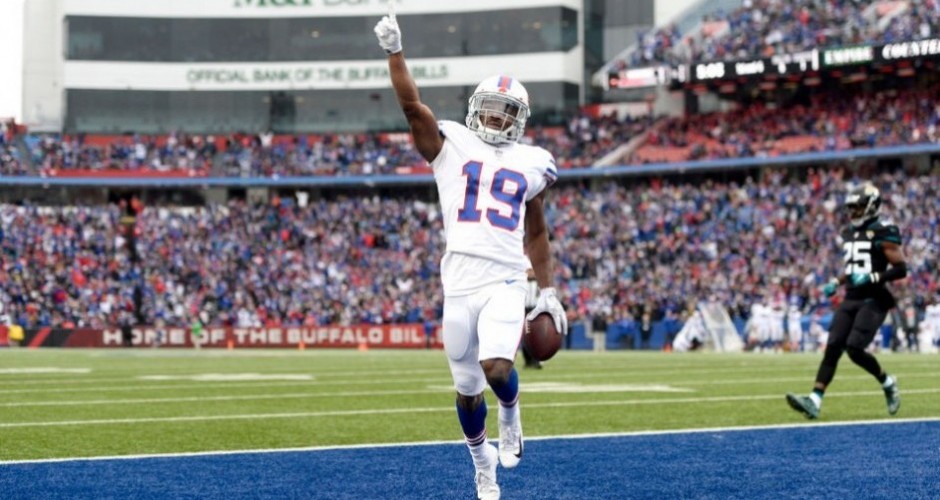 After a disappointing loss to the division foe New York Jets (4-9) a week ago, Buffalo (4-9) will remain at home for the second straight week when they take on the Detroit Lions (5-8) in week 15. The Lions come to town fresh off of a win on the road against one of the only teams worse than Buffalo – the Arizona Cardinals. The Lions were able to escape the desert with a win after gaining only 218 total yards of offense. Cornerback Darius Slay picked off rookie quarterback Josh Rosen in the third quarter taking it 67 yards to the house and in four quarters of football Arizona was never able to cross the goal line with Detroit 17-3.

Slay and company come to town looking to tie their longest win streak of the season (2) and will look to capitalize on another top 10 draft pick in rookie quarterback, Josh Allen. Like Rosen, Allen has struggled far more than their teams hoped when passing the ball. Allen comes in to the contest completing only 52.4 percent of his throws with five touchdown to nine interceptions on the season. It isn’t all bad for Allen though as the young leader has been a nightmare for opposing defenses when using his legs. In the past three games, Allen is averaging nearly 112 yards rushing per game. His 335 yards on the ground broke Michael Vick’s three game record of 294 yards. Lions new Head Coach, Matt Patricia, comes from New England – a system that thrives not just off of Tom Brady and Bill Belichick, but the ability to stifle an opposing offenses best weapon. Look for Patricia to spy the rookie quarterback and make him win by throwing the ball.

Bills Head Coach, Sean McDermott, seems to have all the confidence in number 17. “Josh is the leader,” McDermott said Wednesday before practice. “That’s a little bit different for a rookie to be the leader, but the position that he plays and the way that he’s played and earned their respect, he’s the leader on the offense.” But being a vocal leader with an ability to run the football isn’t enough to give a quarterback a lasting career in the NFL, just ask Tim Tebow. Allen still has plenty of time to learn and progress – which there have been signs of – but if he doesn’t want to be asked to convert to tight end in 2020 he’s going to need to make teams respect his arm, and not just for its strength.

One of Allen’s key weapons, running back LeSean McCoy, is questionable to play with a hamstring injury that he suffered early on in the loss to the Jets. McCoy was able to log limited practices both Thursday and Friday, but is sure to be less than 100 percent if he plays this Sunday.  This just gives Detroit more of a reason to load the box and force Allen to throw the ball. Should Detroit find success in stopping the run, there is still plenty of opportunity for the Bills offense to produce. Detroit may have the 11th best pass defense in the NFL, but they give up the fifth most yards per completion which presents an opportunity for Buffalo to score on big plays down field. In the last three weeks, Allen ranks third in yards per completion. With his ability to extend a play, one or two big plays down field may be all Buffalo needs to win the game. The Bills wisely cut Kelvin Benjamin a few weeks ago which has allowed young wide outs such as Zay Jones, Robert Foster, and Isaiah McKenzie to showcase their talents. None of the three are household names but they match Allen’s hunger and desire to win. Foster has come on as of late and with his 15 receptions he is averaging 24 yards per catch – more than anyone in the NFL with at least 15 catches.

For the most part Buffalo’s defense will just need to continue what they’ve been doing. The Bills have the only defense in the NFL that gives up less than 200 yards passing given up per game (185.8) and still ranks 10th in rush yards given up (104.8 yds/g). However, their poor red zone defense – ranked 27th when it comes to touchdowns allowed – has led to opposing teams averaging 24.6 points a game (ranked 20th). Should the Bills turn a few of those touchdowns in to field goals, there should be no reason Buffalo leaves New Era Field without a win on Sunday.

Kickoff is scheduled for 1pm (ET) and Buffalo is currently favored by two and a half points.