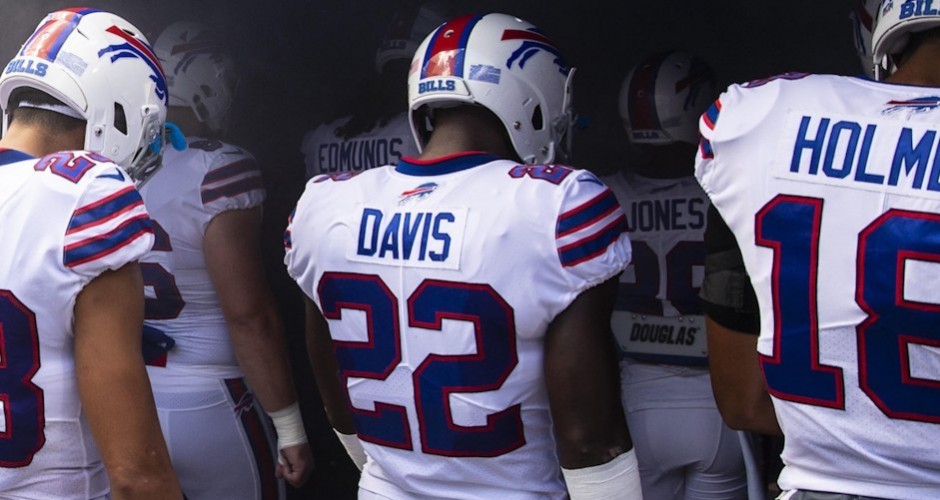 For the Buffalo Bills, a win at home was ideal for Josh Allen’s first career NFL start. However, as we’ve seen from sports in the past, things often don’t go as planned.

The Bills played in a scorcher against Philip Rivers and the Los Angeles Chargers. The Chargers, who were coming off a 38-28 loss against the Kansas City Chiefs, found what they wanted in a struggling Bills team, as a whole.

Entering his 15th season, number 17, quarterback Philip Rivers, picked apart a struggling Buffalo defense, impressing with 256 yards and three touchdowns. Yet, it was clear that running back Melvin Gordon led the way with three scores on just nine carries and six receptions.

Entering his 1st season, number 17, quarterback Josh Allen, had his ups and downs in his first tilt as a starting quarterback. His 245 yards, made up of a touchdown and two interceptions was far from perfect. However, there were flashes of efficiency shown by Allen that should prove to be promising. His arm strength was on full display, most notably his deep 57-yard pass to Zay Jones, as well as his missile to Kelvin Benjamin in the end zone late in the game, making the final score 31-20 Chargers.

Adding to the unpredictably of the sport and in one of the most bizarre moments the NFL has ever seen, Bills cornerback Vontae Davis, suddenly retired from the NFL at halftime. Angering many of his teammates, Bills linebacker Lorenzo Alexander commented on the situation and said, “Completely disrespectful to his teammates.”

With or without Davis, the team has struggled on both sides the ball. Was the sudden retirement selfish? Maybe. Will the retirement make a big impact on the outcome of the season? Probably not. While the retirement of Davis makes for interesting headlines in an already predictable Buffalo Bills season, the Bills will have to regroup and decide on who will be able to fill the hole and be a bigger leader for their perplexed defensive unit.

It’s a work in progress for this Bills team. With Allen slowly but surely gaining more comfortably in the pocket, there’s hope that the progression will steadily increase over the course of the 2018 season.

There’s no guarantees in this league; however, the core of Josh Allen, Tremaine Edmunds and Tre’davious White could be a bright one. The organization just has to keep putting together the pieces to the puzzle.