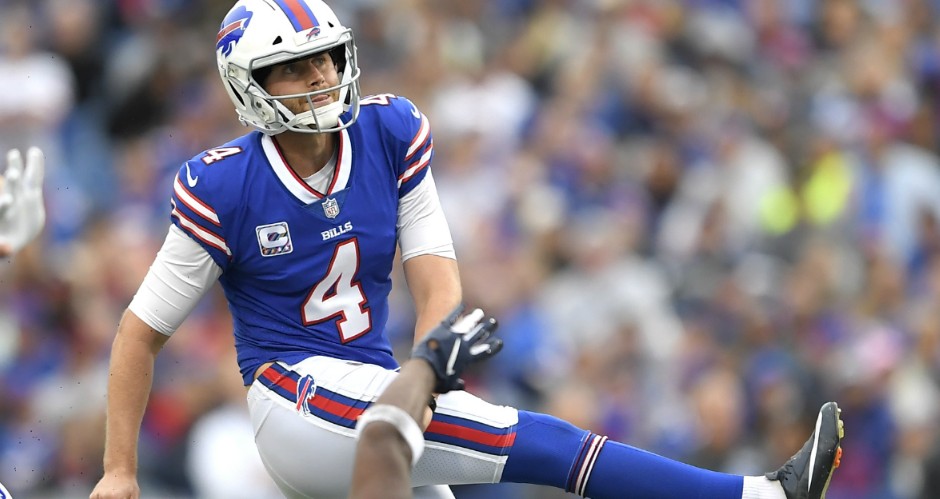 The Buffalo Bills improved to 2-3 while the Tennessee Titans dropped down to 3-2. It wasn’t Josh Allen’s best game in this match up, as he finished 10 of 19 for only 82 yards.  While Allen wasn’t at his very best, running back Lesean McCoy delivered his best performance on the season, rushing for 85 yards.

However, the defense is what kept the Bills in this game. Bills Tremaine Edmunds forced a fumble early in the game, which was then recovered by Matt Milano. The forced fumble resulted in a touchdown for the Bills, and yet another play that showcased Allen’s athleticism, completing a 14-yard run for a touchdown. Without that fumble early, we could be looking at a completely different outcome. It gave a spark to the offense and defense at a crucial point on home field.

Following a field goal by the Titans, Bills rookie Taron Johnson recorded his first interception of his career. However, maybe Taron’s fellow rookie, Corey Bojorquez, got a little too excited for the cornerbacks play, when the rookie punter/holder seemed to have a bit of miscommunication. Bororquez first executed a fake, then nearly avoided an interception. It seemed to be one bobble away from a pick six.

Bills kicker Stephen Hauschka did what he does best, and sealed the deal. A 46 yard field goal for the win is all they needed to put them over the top.

In the end, the rookie quarterback’s play wasn’t perfect, but the guys around him helped lift him up. Air Allen clearly can’t do it all, so it was nice to see his support group edge out a win on home field, giving the team a little added spirit heading into their matchup with the Houston Texans in week six.