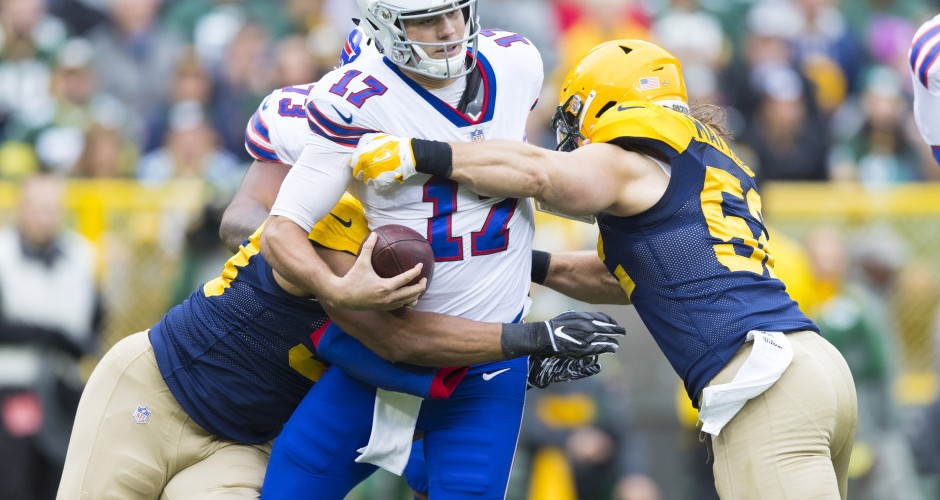 It was clear from the very start that the Buffalo Bills needed a fast start in order to retain any hope that was left in this match-up.

Instead the Green Bay Packers came out swinging with higher expectations against a Bills team and fan base that was still in the clouds from last week. Against Aaron Rodgers, the Packers start was nothing short of expectations.

The 22-0 win for the Packers at Lambeau Field was their first shutout since October of 2010 against the New York Jets.

Coming out of the gate early was the explosive Packers running back, Aaron Jones. Jones, who’s been phased in and out within the committee of Ty Montgomery and Jamaal Williams, showed that he could be the guy for the Packers once things get less hazy. Jones ran in a touchdown on just 11 carries. Many may be lobbying for more Jones touches after his brief, yet effective performance.

However, for now, it’s just what the Packers needed, especially since Rodgers isn’t as mobile as he’d like to be.

For Josh Allen and the Bills, their offensive unit was shut down from the beginning. Historically, this was one of the Bills worst offensive performances. Believe it or not, this was the first time a Bills team has been shut out since 2008, a time when Marshawn Lynch was leading the backfield.

For many moments in this game, Allen seemed to scramble, looking for anything he could find in a receiving core that just couldn’t find open space. This led to some forced throws that equated to two interceptions on Allen’s stat line.

However, it should be somewhat praised that the Bills only led up 22 points to Rodgers and company, without Micah Hyde.

Maybe a mid-season signing at the wide receiver position wouldn’t be so bad for a Bills team that could use a spark of speed and talent. Unfortunately, Kelvin Benjamin should be closely monitored this week after a big hit suffered from Ha-Ha Clinton Dix.

Coming up next for the Bills is the Tennessee Titans, a team that’s coming off a hot start, standing tall at 3-1.

As comedian Rob Schneider once said from the 1998 Sport/Comedy The Waterboy, “You can do it!” or “Oh no! We suck again!”