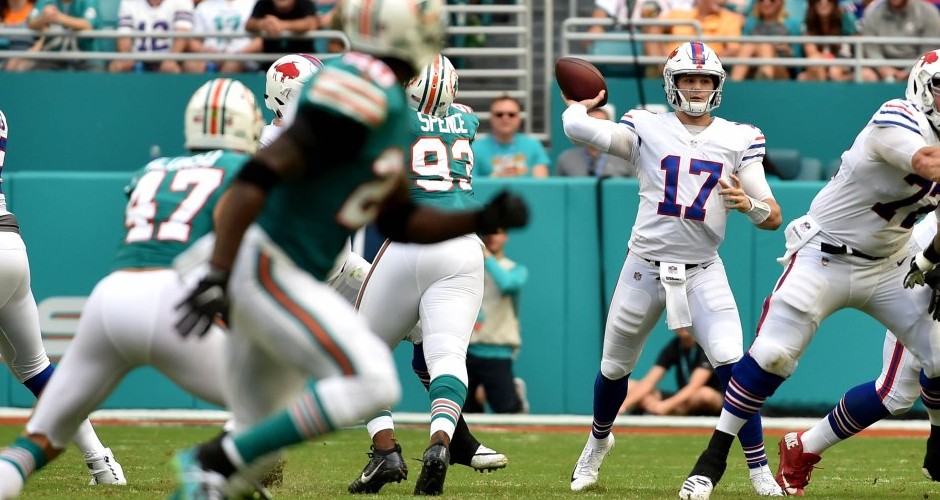 It was a 21-17 loss for the Buffalo Bills against the Miami Dolphins, but a win for their future. In a game that had a slow start, quarterback Josh Allen’s progress was unquestionable.

Allen showed his playmaking abilities all over the field. His touchdown passes to Zay Jones displayed his incredible arm strength, but his ability to rush all over the field is what excited many about the young quarterback’s progress.

On the ground, Allen was unstoppable. He surpassed 100 yards, already setting milestones as a Buffalo Bills quarterback.

In the air however, there was evident signs that Allen remains unpolished. His deep ball to Robert Foster and end zone pass to Jones were a few that surely brought Bills fans to the edge of their seat.

Speaking of Jones, he was the Bills most reliable receiver with 4 receptions for 67 yards. It will be interesting to see his share targets increase as a favorite of Allen.

Ultimately, the game was a loss for the Bills. However, this one was especially hard to fathom after a near miss in the endzone to Charles Clay with just seconds to go.

In the weeks ahead, the Bills will hit their bases among the division. The Jets, Patriots, and Dolphins are all on the Bills radar as the season comes to a close.

With that being said, this last string of games is a big opportunity for Allen and the Bills to show the tables finally start to turn in an AFC East that has largely followed the same script for the last two decades.