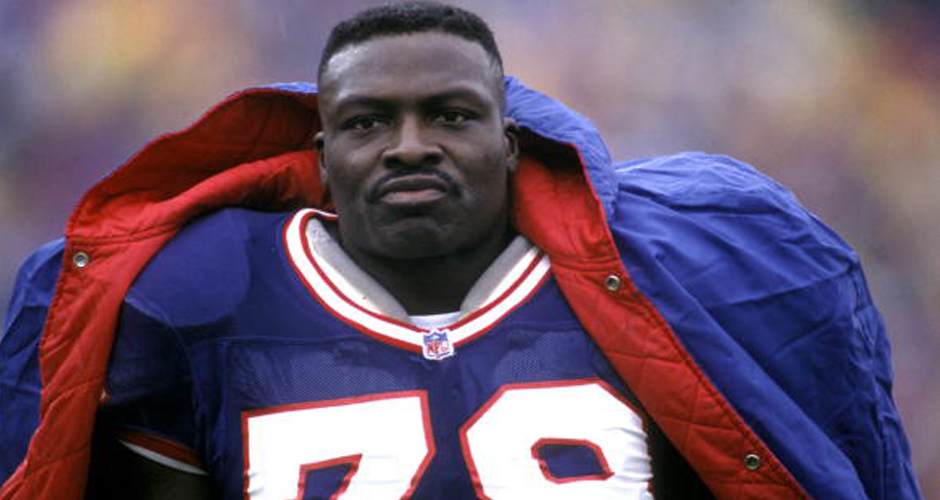 It feels like it has been only inevitable, an eleven-time pro-bowler, two-time AP defensive player of the year, and of course a hall of famer. You can now add Bruce Smith to even more elite company as he Joins elite Chad Kelly becoming only the second Bill to have his Jersey retired. Any future Buffalo Bills players will no longer wear the iconic number 78 that Smith donned throughout his storied 19-year career.

“On behalf of Kim and Terry Pegula and the entire Bills Organization, we feel this is a tremendous opportunity to honor Bruce and his Hall of Fame career,” said Bills Managing Partner and President Russ Brandon.

In a classy halftime ceremony speaker Chris Berman led the charge introducing Bruce Smith to the Buffalo Bill faithful. As a teary eyed Bruce Smith took the podium it was obvious just how much this moment meant to Bruce. His likeness and number represented on the field while the crowd transformed into a mirage of Bills blue and white with Bruce imprinted. A truly great ceremony for a deserving player.

“I’m humbled beyond words,” said Smith. “Where this fits I think is right at the top with being inducted into the Hall of Fame. I’m very grateful and thankful.”  Having also stated, “you know, in Canton, there are six or seven guys that are actually being voted and inducted into the Pro Football Hall of Fame, but this particular case, it’s just me.”

During the ceremony Smith thanked many people for this honor, including Russ Brandon, Terry and Kim Pegula, and of course the fans. Repeatedly calling Buffalo his home as he fully accepted the warm embrace of the fans.”I am absolutely nostalgic and humbled by the idea that in this great city of buffalo number 78 will always be synonymous with bruce smith.”

Apart of the Bills Organization as a player for fourteen seasons Bills fans have fond memories of Smith. Cementing his legacy as not only a Bills great but an all time great in the league Smith is ranked by NFL films as the thirty-first greatest player in league history. Smith, would go on to become Buffalo’s all-time sack leader after only his first four seasons with a whopping total of fifty-two. Later going on to nearly quadruple this number becoming the first and only player to ever be welcomed into the two hundred-sack club.