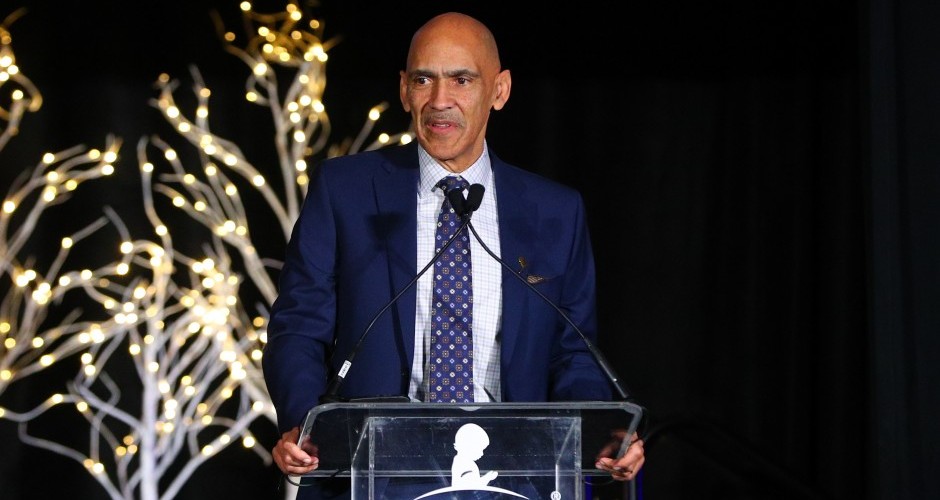 During the auction portion of the event, the auctioneer’s asking price was a $25,000 donation, but Daniels quadrupled the price when he offered to give $100,000. His generous heart “brought the house down” according to emcee of the dinner, Rich Eisen. Daniels was also thanked for his donation by NFL Hall of Famer head coach, current NBC’s “Football Night in America” analyst and 2018 Pat Summerall Award winner, Tony Dungy via Twitter.

“Big shoutout to Mike Daniels of the Green Bay Packers,” Dungy tweeted. “He just donated $100,000 to the St. Jude Children’s Research Hospital at the Pat Summerall Dinner. His heart set the tone for a record breaking evening of fund raising.”

By the end of the night St. Jude raised over $79,100. All the proceeds from this event will further the lifesaving mission of St. Jude: Finding Cures. Saving Children, according to the St. Jude website.

The award is given to the person who has made a significant contribution in the sports field. It was created to honor Summerall for his contributions to the NFL for more than 50 years. Dungy was recognized for the prestigious award due to his community service, leadership and charity work.

“Coach Dungy has been a beloved mentor to athletes and fellow broadcasters and has made a significant difference in the lives of children, adults and other athletes through his active involvement and extraordinary leadership with various charitable endeavors,” said Richard Shadyac Jr., president and CEO of the American Lebanese Syrian Associate Charities. “He exemplifies the true meaning of what this award was created to represent, which is why he is so deserving of an award and honor of this magnitude.”

Cheryl DeLeonardis, President of Ocean 2 Ocean Productions, created the event in 2005. The dinner has raised about five million dollars for St. Jude.