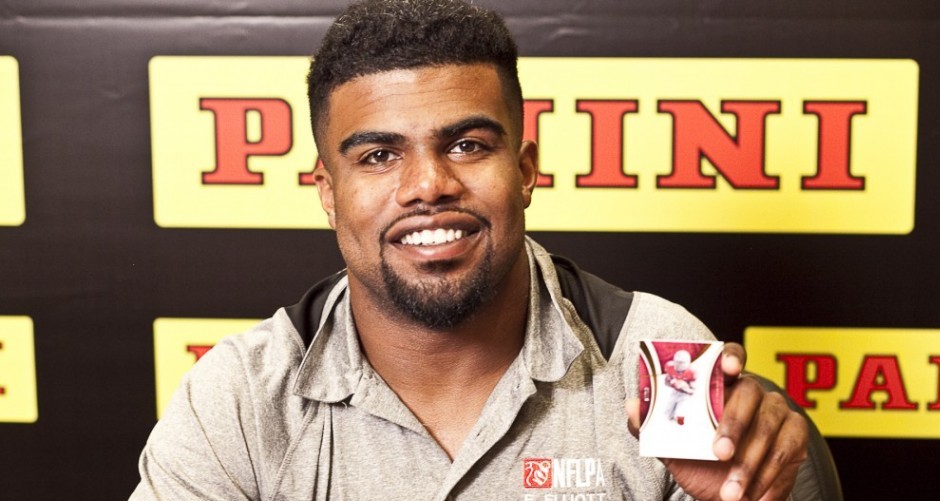 Pro Player Insiders went behind the scenes the top NFL Rookies and captured the players in Virtual Reality (VR) before they played a single down in the NFL. Ahead of Super Bowl, and while Consumer Electronics Show (CES) is in full swing, we thought the time was right to invite fans inside for a 360 view of some of today’s standout rookies like Dallas Cowboys’ Ezekiel Elliot and Philadelphia Eagles’ Carson Wentz.

Melissa Mahler and Stephanie Matthews of ProPlayerInsiders teamed up with The Astronauts Guild to produce this 360 VR Behind the Scenes fan experience at the NFLPA Rookie Premiere, presented by Panini America.

Panini America, in the Cards but Outside the Box

The Astronauts Guild, is a LA based production company that specializes in advanced-technology filmmaking and has been producing VR content since 2014.  For this project the Astronauts Guild teamed up with Emmy Award-Winning Director, Joel Knoernschild.

“What excited me most about this project was how in Virtual Reality we are able to showcase these world class athletes by giving audiences the possibility to be on the field with their favorite football player, watch them practice and goofing around,” said Knoernschild.

“VR is a disruptive technology that’s engaging, irresistible and is changing the way we learn and experience the world,” said Mahler. “In sports, VR is revolutionizing the way we watch a game, connect with athletes and watch events.”

While virtual reality isn’t new, the democratization and ease of distribution is bringing VR to anyone with a smart phone. As CES turns 50 this year, companies in the AR/VR category had their largest showing ever with 261 exhibitors.