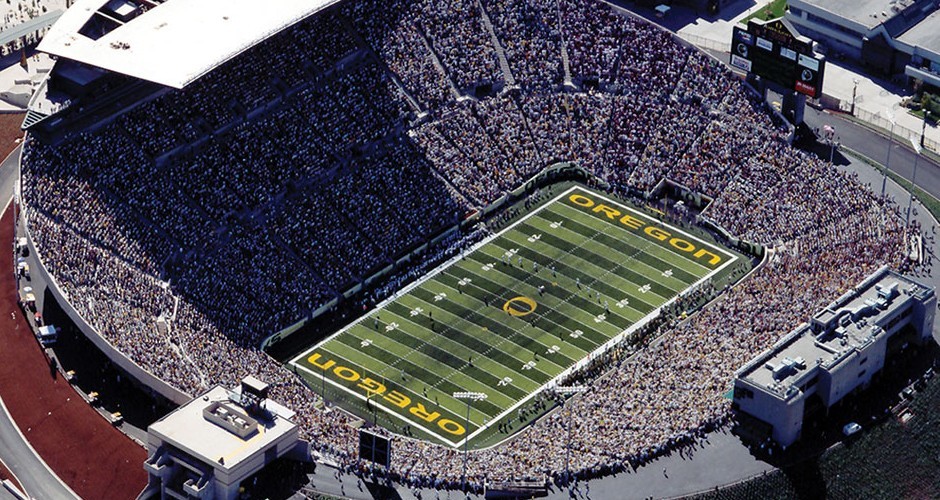 The fashions and styles of athletic apparel can play big role in recruiting talent. And I’m not just talking about the latest top of line equipment, but also athletic gear that is marketed as “sick” or “sexy”.

Sometimes athletes make choices on what to wear, or in some cases, what colleges to play for based on how sleek the uniforms are and how “awesome” a court or field looks. While these factors may seem shallow at first glance, they can actually have a substantial impact on the athlete’s career and decisions.

Phil Knight’s Impact on the University of Oregon

Phil Knight is famously known as the former CEO and co-founder of Nike and currently the chairman. Knight is also an alumnus from the University of Oregon and has used his influence as a major athletic apparel provider to help bolster his old university’s image. He has donated millions of dollars to the school to help funding to remodel athletic gyms, buildings, and courts.

To make things clear, this article will not be discussing whether athletic apparel providers like Knight are using their status as major donators and providers of high quality sports gear to give their old schools an edge over the competition, nor will it discuss the moral ambiguity of such topics. This article is solely about how the athletic apparel of these providers can impact have an impact on athletic careers and decisions.

Now that the elephant in the room has been addressed we can talk about what really matters, fashion! One of the allures of going to heavily sponsored and funded athletic colleges like UO is the constantly changing uniforms. Athletes could attend UO for four years and never wear the same uniform each season. Another allure is the sleek design and architecture of the football stadium and basketball court. For athletes that care about how they look, as well as where they play, these factors can make all the difference in making their choice in attendance an easy one.

Kevin Plank and Under Armour

Kevin Plank’s story doesn’t deviate too far from Knight’s. Plank is the founder, CEO, and chairman of Under Armour just as Knight is to Nike. Both were student athletes at their respective universities and both have had a hand in using their influence to help fund their former college’s sporting programs. Instead of examining how Plank used his company to bolster his college, the University of Maryland, it should be examined how Plank’s involvement in other universities outside his own were impacted.

One such example comes from the University of South Carolina. For the longest time, Russell Athletics sponsored the athletic apparel of the USC Gamecocks. But in 2004, sponsorship changed hands over to Under Armour. As a startup business that had found a major foothold in the athletic apparel community, Under Armour was beginning to broaden its reach to major sporting universities.

It’s also worth mentioning that in 2004, legendary college football coach, Steve Spurrier, began coaching the Gamecocks. In a sense, it was a fresh start for the USC football team. Out with the old and in with the new, if you will. And what better way to attract young talented football players than with an illustrious new coach and fresh, high profile, sporting apparel to boot.

Clothes That Make the Man

In today’s modern scope of recruiting athletes, it’s easy to think that major athletic apparel companies are preying on young talented athletes with the allure of their coveted brands as status symbols. But think of it like this, if you were attending a college based on athletic merit, wouldn’t you want to attend a college that could give all the advantages possible to succeed? With brands like Under Armour and Nike sponsoring and supporting your school, you can bet you’ll have access to certain advantages that you might not be able to find at other universities.

Whether it is top of the line equipment, new jerseys and gear, or state of the art training facilities and stadiums. What matters is that these things are assisting young athletes in becoming better than they were yesterday. So before you jump to the conclusion that an athlete joined a certain team because of some misplaced sense of shallow attraction to high-end athletic apparel, put yourself in their shoes. Think about what athletic apparel can offer you as an athlete, and then see if a particular brand has an impact on your decision.