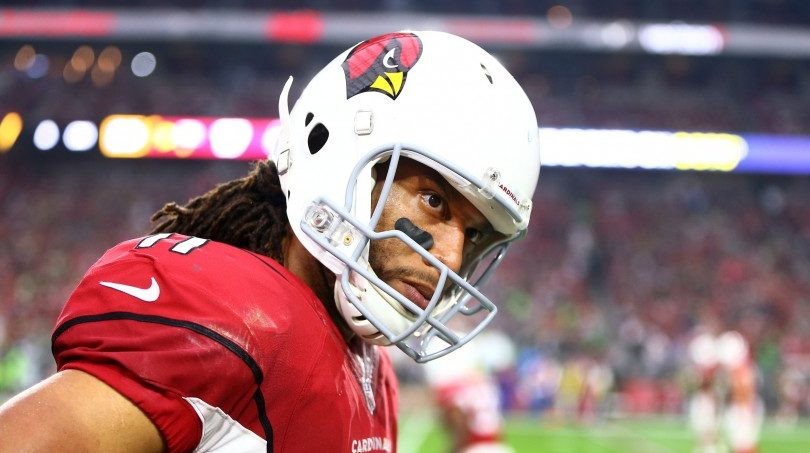 Houston, we’re not so different, you and I.  Sure, you may be a bit younger, but we’ve endured the same sufferings.  Among us, zero Super Bowl rings.  One of us without a Super Bowl appearance at all and the other… Super Bowl heartache.  It’s kind of hard to win rings when we lose more playoff games than we win, eh? As Jim Mora said, “Playoffs?!  Playoffs?!” Over our lifespan many times we haven’t won enough games to have a winning season, let alone make it to the playoffs.  All-time, we’re both under .500 and anytime it feels like it’s about to go our way, tragedy strikes.  Carson Palmer, David Johnson, JJ Watt, Deshaun Watson -and many more-have all been lost to injury.  That’s just this season!  It’s mid-season, and we’re in preseason form.  We’re both under .500 again and in the eyes of anyone other than a die-hard, there is no light at the end of the tunnel.  At least not for this season, anyways.  Same story, different season.  Yet here we are, still showing up week in and week out, just as family always should.  Each franchise has well over a decade of consecutive sellouts and that won’t change when the Arizona Cardinals fly to NRG Stadium to face off against the Houston Texans this Sunday.

What will change for the Cardinals are two of the most important pieces of any team; the quarterback and his blindside (LT).  Drew Stanton has always been a serviceable back up but we have seen the very best he has to offer.  Stanton took part in much of practice this week, but it has been announced that Blaine Gabbert will get his first start with the BirdGang. This is the right move, even if Stanton is healthy.  If the Cardinals really are thinking about the future they need to see what Blaine Gabbert is capable of.  Sure, Gabbert has never impressed; not since he was a University of Missouri Tiger, anyways.  However, Blaine has also never had the opportunity to play with the type of weaponry available to him in Arizona.  Should he show enough to be in the discussion to start next season, Gabbert would be joined by one of the league’s best running backs in David Johnson, and none other than the living legend himself, Larry Fitzgerald.   Larry Legend has once again showed his loyalty and recently signed an extension that will keep him in the desert for one more year.  When it comes to attracting potential free agents, this is huge.  The other change Cardinal fans will see this Sunday comes at left tackle.  Previous starter D.J Humphries went down against the Seahawks with a dislocated kneecap, prematurely ending his season and adding him to the mile-long IR list.  Arizona has decided to move right tackle Jared Veldheer back to his original left tackle position moving forward.  Hopefully this will light a fire under Veldheer, who at time has looked atrocious on the right side.

An intriguing match-up this week will be one of the game’s best corners, Patrick Peterson, against one of the league’s premier wide receivers, DeAndre Hopkins.  Hopkins may have Tom Savage throwing him the ball now, but last week Savage targeted Hopkins 14 times for seven receptions and 111 yards.  With nothing to lose, look for Tom to test P2.  With Texans receiver Will Fuller out with a rib injury, the Cardinals will have to worry a little less about giving up the big play to anyone else not being covered by Peterson.  Speaking of big play receivers, Andre Johnson, Houston’s all-time leading receiver will be in the building on Sunday.  Johnson will become the first person entered in Houston’s ring of honor.  Maybe he’s willing to suit up?

Houston currently sits as 1.5 point favorites and the over/under is total points is 38.5.  It wasn’t long ago that it seemed like both teams were able to put up 38 points on their own.   Kickoff is scheduled for 11am (MT) this Sunday, November 19th, 2017.