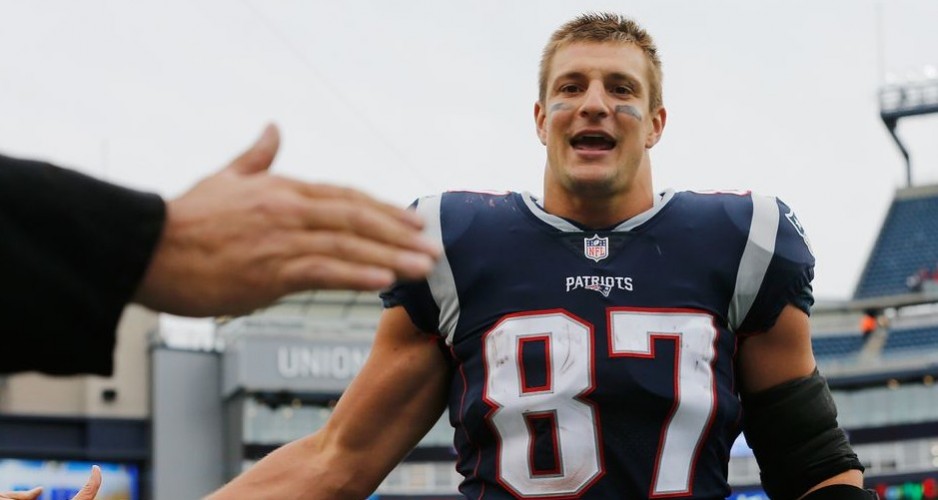 In the New England Patriots last game against the Kansas City Chiefs, Rob Gronkowski, was targeted a total of 11 times in arguably their greatest team victory of the season. In fact, throughout Gronk’s career, when targeted 10 or more times, the Patriots are 27-7. However, it’s fair to say that it’s near impossible to find a losing stat against anybody on the Patriots during the Bill Belichick and Tom Brady era. Yet, it’s clearly a sign that when the ball goes in Gronk’s direction, good things tend to happen. He’s had a rough go at things during the last couple seasons, so it’s nice to see that he is clearly appreciated, both on the stats sheet and in the locker room.

During media day, Brady spoke about his tight end, “Gronk has cut it loose. And I think everyone appreciates him. For as big and physical as he is, he’s a gentle, kind man. And he’s an incredible football player.” He’s cut it loose is right. His energy at the end of the Patriots last game to help seal the victory is what everyone has been waiting to see. He’s even cut it loose when it comes to his personality, dancing during media day and answering Michael Irvin’s questions, Gronk looks as if he is in true form.

But much like Brady and Belichick, Gronk has been around long enough to know that the Super Bowl carries a lot of noise, and that it’s crucial to stay focused on the task at hand. Gronkowski commented on the week leading up to each Super Bowl, “There’s so many distractions all over the place when you get down there. Events, morning till night. And we’re down there for one reason, and that’s to win.”

With Gronkowski in the game, his reception ability is often just as valuable as his ability to block. Especially against a great defensive line featuring none other than Aaron Donald.

With Gronk’s retirement likely looming ahead, as well as a second career in entertainment in the works, Gronk is expected to put on a big show Sunday in order to do what’s best for the team.