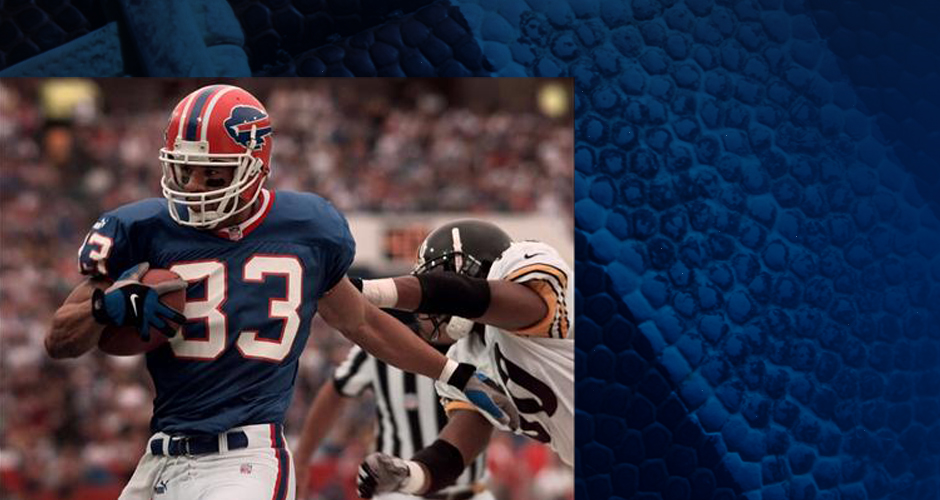 As a 7 time Pro Bowl selection(1988-1994) Andre Reed does not want to see the Pro Bowl taken away like Roger Goodell has hinted at if play doesn’t improve.

“When I played I had always enjoyed it being able to play with guys that you’ve been playing against all season. You get the chance to make lots of new friends” Reed Said. “I really hope that the NFL doesn’t nix the Pro Bowl. Just the whole atmosphere of it all makes it a special place to play.”

A fourth round pick in the 1965 NFL Draft, Reed made a name for himself while playing for the Buffalo Bills. He was a two time Second Team All Pro Selection (1989,1990), three time Newspaper Enterprise Association Second Team All Pro Selection (1989, 1990, 1991), a four time AFC Champion (1990, 1991, 1992, 1993), and part of the Buffalo Bills Wall of Fame and Hall of Fame. Reed’s career statistics are 951 receptions, 13,198 receiving yards, and 87 touchdowns. He has gone for over 1000 yards 4 times in his 16 year career, and is ranked tenth overall in total receptions. Reed’s durability can be seen through the numbers he was able to put up over the 234 NFL games he played in. It’s safe to say that Andre Reed could go down as one of the Bill’s best receivers of all time, but also in the league as well.

PPI: What NFL events have You recently attended or are looking forward to attending?

AR: There are really no events that I have had in mind besides looking forward to the Super Bowl and the Pro Bowl.

PPI: Any personal projects you are working on?

AR: I haven’t really been working on a lot of projects. More of just trying to relax, I like to help the Bills out as much as I can when I have the time.

PPI: What is one spot or restaurant you always hit up when you’re in Buffalo? This is your chance to give a Buffalo shoutout?

AR: There have been a lot of places over the years that I’ve gotten to enjoy, but Big Tree is my favorite restaurant in Buffalo.

PPI: You were at the titan’s home game, after watching the game. What do the Bills have to do next game to win?

AR: They need to play with a little more consistency, bringing in those big free agents they have been giving up a lot of yards on the ground which has been really hurting them.

PPI: Recently, Goodell mentioned dropping the Pro Bowl what are your thoughts on this. Do you feel players enjoy the pro bowl?

AR: When I played I had always enjoyed it being able to play with guys that you’ve been playing against all season. You get the chance to make lots of new friends. I really hope that the NFL doesn’t nix the Pro Bowl. Just the whole atmosphere of it all makes it a special place to play.

PPI: Do you think the Bills improved their play in the past 7 games?

AR: Like I said before the Bills have been playing with a lot of inconsistency these past games. Hopefully things change, they need to win the games that they’re supposed to win and that just hasn’t happened as of late.

PPI: Being reunited with Bill Polian this past Sunday, what was your favorite memory playing for him?

AR: Bill was a great architect; he was a big part of our success in the 90s. He was the best GM I ever got to play for. I would like to see him get inducted into the Hall of Fame; he’s worked hard with the different teams he was under to make them successful.

The kid  from Dieruff High School really made an impact on the National Football League. Just the way he would always play and the balls he would catch just made you shake your head at times thinking to yourself, “WOW.” Buffalo hasn’t seen a receiver like him in years going back to the early 90s where he shined in the Bills uniform with Jim Kelly at the helm. It’s nice to look back and remember the memories of the old Andre Reed moments that made you jump out of your seat. Moving on in his life he has still stayed in great shape post football. Here are some of his tips to keep in tip top form so you’re looking good and ready to tackle anything that comes in your way.