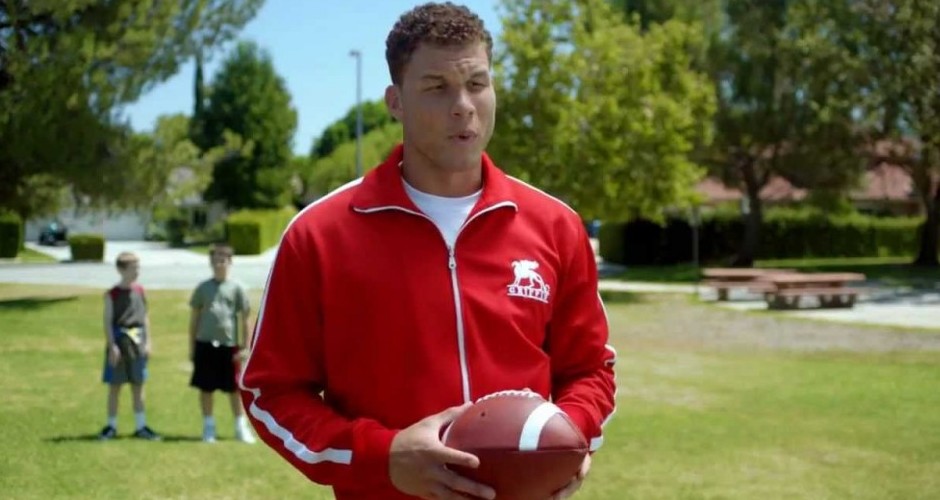 Often our perception of professional athletes boils down to how we see them while competing. We see them as machines motivated by victory and as power houses that are meant to perform at peak physical conditions some of us can only dream of attaining. Very rarely do we their personality outside of playing sports professionally.

The now retired Ray Lewis was one of the most tenacious linebackers in NFL history. Feared for tackling prowess and respected for loyalty. But this ferocious image of Lewis is put on the backburners during a series of commercials he did with Paul Rudd. They feature the two playing a series of Madden with Rudd taunting Lewis, which frustrates the latter and results in hilarity.

In the aftermath Tiger Woods’ adultery scandal, many questions were raised by whether that kind of behavior would cause sponsors to drop Woods from their labels. But the brilliant marketing team at Nike took this an opportunity to spin it a different way. The commercial is in a somber black and white and features a morose Woods. We hear the voice of Tiger’s father, Earl, questioning him on his recent behavior while camera zooms into to Woods’ face giving the impression that the commercial is meant to be viewed from the point of view of Earl. He leaves Tiger with the question, “Did you learn anything?”

Griffin is notorious for his sense of humor just as he is for featuring in a multitude of commercials. From GameFly commercials with jetpacks, to Jordan Superfly shoes with “Dr. Drain” Griffin seems to have no problem putting out any kind of commercial that has some comedic value. For the most part, Griffin sticks to doing commercials for the Kia Optima. Most recently he teamed with Jack McBrayer of “30 Rock” fame as a superheroes with an affinity for the Kia Optima. But Griffin’s most noteworthy Kia commercial came in series of commercials that featured him traveling back in time to give advice to his younger self.

2. LeBron James “What should I do?” and Cleveland’s Response – Nike

After all the television hype that had been put into LeBron James’ “decision” to leave Cleveland and go to Miami, Cleveland fans were sour with James, to say the least. The commercial James and Nike put out during the fallout was more a defensive statement for James as player than it was a commercial promoting anything. In hindsight, this commercial is moot point as James is moving back to Cleveland, and fans couldn’t be quick enough to welcome back the prodigal son with open arms. So I guess LeBron finally did answer his own question of, “What should I do?”

1. Peyton Manning “Sweat it to get it” – Gatorade

Manning has showed time and again, that his knack for television and comedy is unrivaled, at least as athletes go. In Gatorade’s recent commercial campaign, they have Peyton Manning as a manager of a gas station that won’t sell Gatorade to customers that aren’t sweating. The great thing about this commercial is that there are a series of them, each with different reactions to Manning’s demands. Some are in disbelief, others can’t wait to play along, while still there are few who give off the impression that they have no idea who Manning is, and the awkwardness of the scenario prove to be comically rich. You must perspire to acquire, what an awesome commercial.