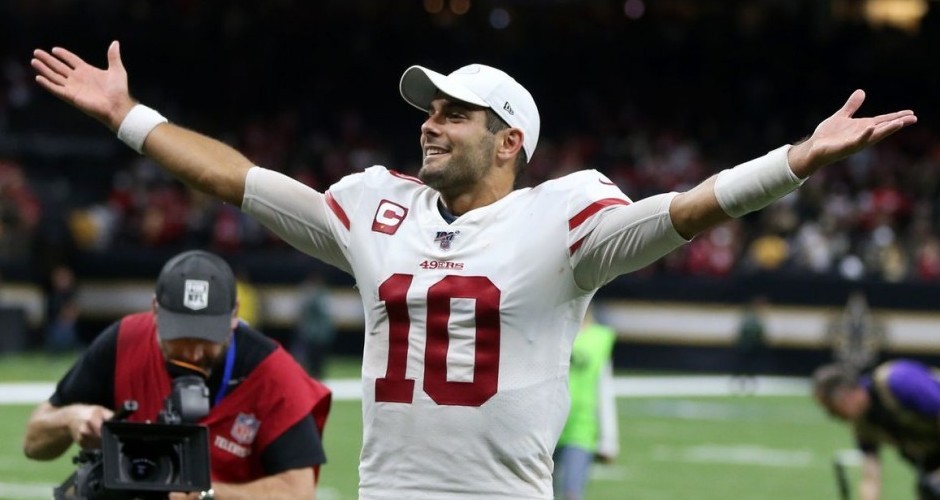 The 49ers traveled to the Big Easy this weekend, but their win was not easy.

San Francisco (11-2) defeated the New Orleans Saints (10-3) by a score of 48-46 at the Superdome in an instant classic. The game went back in forth for all fourth quarters, but 49ers kicker Robbie Gould sealed it for the Red and Gold with a 30-yard field goal as time expired.

The game got off to a fast start, as Saints tight end Jared Cook found the endzone twice in the first quarter. After going down by two touchdowns, 49ers wide receiver Emmanuel Sanders took the game into his own hands.

First, he hit pay dirt on a 75-yard bomb from his quarterback, Jimmy Garoppolo. Minutes later, he threw a 35-yard pass to running back Raheem Mostert to tie the game up. Sanders finished with seven receptions for 157 yards.

After New Orleans took a one-point lead with under a minute remaining in the game, superstar tight end George Kittle got the 49ers in field goal range with a huge catch and run. San Francisco was awarded another 15 yards on the end of a play after the Saints were called for a face mask penalty.

The 49ers have won many games while leaning on their defense, but that was not the case against New Orleans. Future Hall of Fame quarterback Drew Brees torched the San Francisco secondary for 349 yards and five touchdowns, along with another on the ground.

Brees notably sits at 537 career passing touchdowns, two short of Peyton Manning’s all-time record. He will have a chance to go into first place next Monday night against the Colts. However, he shouldn’t forget about longtime Patriots quarterback Tom Brady, who sits one spot behind Brees with 536.

Fantasy football alert: 49ers receiver Kendrick Bourne seems to be San Francisco’s go-to redzone target, as he scored twice against the Saints and has five touchdowns in his last six games.

After a historically difficult three-game stretch, the 49ers will have it a little easier next week at home against the Atlanta Falcons (4-9). They will attempt to maintain their one-game lead in the competitive NFC West as their defense will try to get back on track and their offense will look to stay hot.