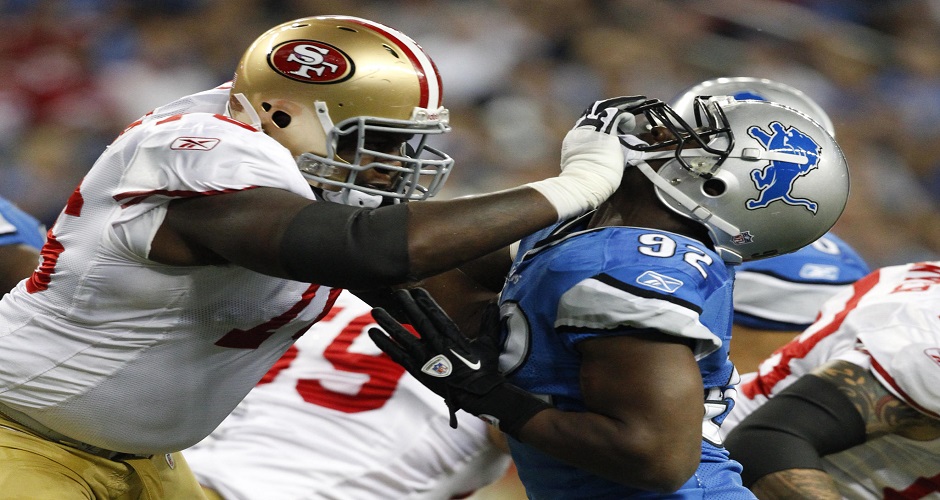 Just when you thought the San Francisco 49ers offseason couldn’t get any worse, it did. After losing Frank Gore, Michael Crabtree, Mike Iupati, Chris Culliver, and Perrish Cox to Free Agency, and Patrick Willis, Chris Borland, and Justin Smith to retirement, you can now add starting Right Tackle Anthony Davis to the latter list as the former 1st round draft pick from 2010 announced his retirement today at the age of 25.

49ers Head Coach Jim Tomsula spoke about the announcement from Davis, saying he wasn’t surprised because, “Anthony’s been working on himself right now, that’s what he’s been doing. Look, Anthony wants to step away and he wants to get his mind and his body right and that’s where he wants to go and he has every right to do that.” When asked again about a 25 year old retiring and not being surprised, Tomsula said, “You’re right, he’s 25 years old. And he feels himself that he needs to take a break to get his mind and his body back, as he termed it. I support him, I do. I support him on that.”

Coach Tomsula also said he did have an indication that they had to prepare for guys doing this going into the draft and free agency saying, “Yeah, I wouldn’t say it was a topic of conversation, but yeah absolutely. We’re looking, Anthony wasn’t around, he’s doing his thing. So, yeah. Obviously, you look at the things we’ve done here personnel wise and we’re very prepared for this”. Commenting about them drafting Trenton Brown in round 7 and that they also have Alex Boone and Erik Pears who can play the position.

Coach Tomsula said he wouldn’t dare comment on if a concussion that Davis suffered last year had an impact on the decision, but with now four 49ers retiring this offseason, he said, “we group all of these guys together, but it’s all individual in my opinion. I’ll speak on Justin because he was in the D-line room for those years. It’s time. The guy was able to have a great career and walk away on his own terms. Everybody has their reasons and situations come up. I’m not going to group all the guys together.”

The 49ers head coach did decide to comment about his personal perspective on the text messages and communications that he had with Davis this offseason, as he stated, “Did I think that was going on? Absolutely and only my opinion, I thought that Anthony might be reevaluating some things, yes. But, I’m not putting words in his mouth, my opinion, that’s all it is. Nobody else’s opinion. One guy. Jim.”

The only good thing about the news that broke on Friday is that Davis himself tweeted that he plans to return to the sport in a year or two, saying o his twitter account, “I’ll be back in a year or so.. I’ll be 26 or 27 years old. Im taking this time to allow my Brain and Body time to heal and recoup.”. The 49ers will have to scramble to once again fill in for yet another loss on their roster, then hope that they can play over their head enough to keep the team competitive. It’s a tough task for 1st time NFL head coach Jim Tomsula, but as he already knows, it’s part of a coach’s job.