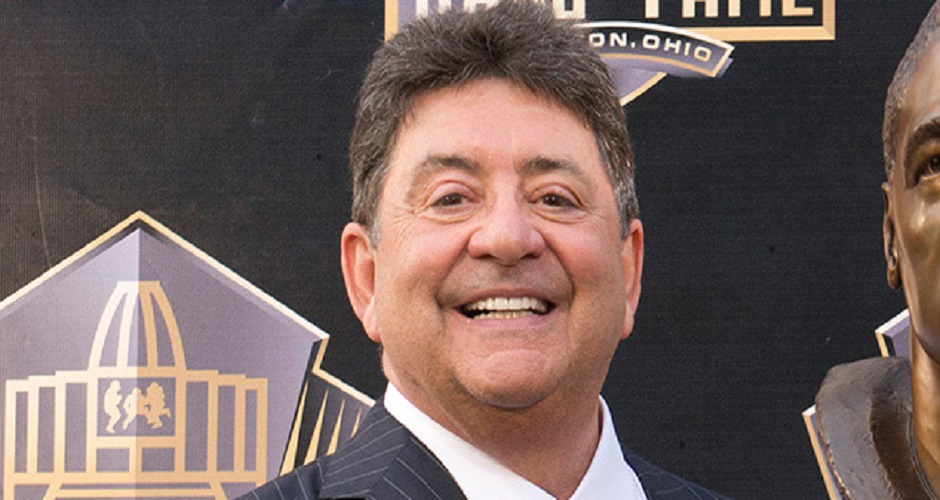 When you think of dynasties in professional football, a couple of teams come to mind. The Patriots since 2001, the Cowboys of the 90’s, the Steelers in the 70’s, and of course, the 49ers of the 80’s. Everyone thinks the players calling the shots, such as Tom Brady, Emmitt Smith, Terry Bradshaw and Joe Montana made these dynasties.

That’s the case for some champions, but the legendary teams are made up of more than that. The greatest teams have great players, great coaches, and the best overall organizations that do whatever it takes to win. That is absolutely the case when talking about the San Francisco 49ers, as they were led by one of the best owners in sports, Eddie DeBartolo Jr., who has waited long enough to hear his name called to be a member of the pro football Hall of Fame.

In Canton, Ohio this fall, the man responsible for putting together one of the most dominant teams in football’s history will finally be able to put his gold jacket on and take his place in history next to the likes of Montana, Jerry Rice, and Ronnie Lott all pieces he put in place to become the first ever team to five Super Bowls (all under his reign).

Image via The Comeback

DeBartolo Jr. purchased the franchise in 1977 and had a vision to create the best all-around organization on and off the field. He was known as a “players owner” for his personal relationships with the team. He wasn’t just a man in a suit; he was actively involved in every aspect of the team.

“I tried to run the 49ers like a family rather than a business,” DeBartolo said. “I viewed the players and myself really, basically, as a partnership. Our goal was to win the Super Bowl every year, and we had to do that together.”

“Mr. D” made life for his athletes luxurious, and in many ways he set the trend for how athletes travel nowadays. He put his players first, and made sure they felt that way. They got to travel on large, wide-body planes, and each member of the team had his own hotel room, when the league didn’t have the expenses to travel like that at the time. He was even in the locker room tohand out towels after games for his men.

“We did everything first class,” said Hall of Fame wide receiver Jerry Rice. “We had a chance to stay in the best hotels. We had players from other teams who wanted to be a part of the 49ers because of Eddie DeBartolo.”

On the field, his personnel moves like hiring Bill Walsh in 1979 and drafting Joe Montana changed the fortunes of the franchise starting in 1981. Over the next 17 years, San Francisco dominated the NFL, averaging 13 wins per season (including playoffs), clinching 13 division titles, 16 playoff appearances and winning five Super Bowls. They also went to the NFC Championship game 10 times in that span. Had it not been for the Dallas Cowboys emergence in the 1990’s, a couple more rings would have likely come to bay area.

DeBartolo Jr., born in Youngstown, Ohio, came to owning the 49ers after being a successful businessman in commercial real estate. He succeeded his father and took over the Edward J. DeBartolo Corporation, expanding it to one of the largest real-estate groups in the nation. He is married to Candy DeBartolo, an actress, and has three daughters, Lisa, Tiffany and Nicole. His nephew, Jed York, is the current CEO of the 49ers, as the family intends to keep the team forever.

At age 69 and on his fourth attempt to get into the Hall of Fame, some may wonder what took so long for Canton to let this distinguished owner in. That would be credited to some off-the-field-issues he ran into.

In 1992, he was accused of sexual assault by a waitress at a bar and, despite his denial of any wrongdoing, he had to settle for $200,000 dollars to keep it out of court.

In 1998, he was indicted for his role in an extortion attempt by former Louisiana governor Edwin Edwards. In trying to receive a riverboat gambling license, DeBartoloJr. had agreed to pay Edwards $400,000 dollars. He was fined $1 million dollars and suspended for a year by the NFL, which turned out to be the ending of his ownership of the 49ers. His sister, Denise, became the new owner while Eddie took over the real estate business once again.

Despite those two blemishes outside of football, there is no denying that this man is absolutely deserving of being a member of the Hall of Fame. Mr. D is one of the most successful owners of all-time and his contributions to the game as a “players owner” have no doubt had an effect on the rest of the league in the years since his ownership.

Canton is a place for the legends of the game to cement their legacies amongst each other. The 49ers, with their Hall of Fame players and coaches, would have never become the dynasty they were without Eddie DeBartolo Jr.

That is what being a Hall of Fame owner is all about.