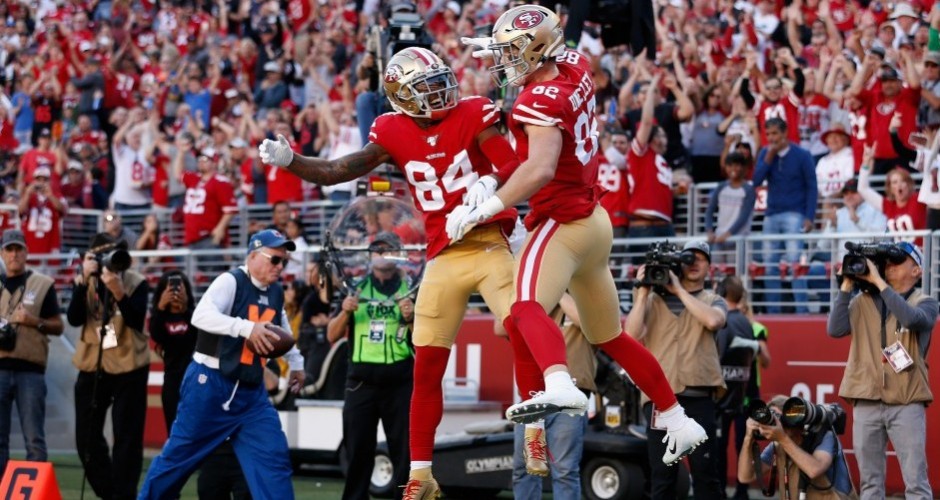 Winning is a habit, and losing can be too, but the 49ers made sure that it wouldn’t be for them.

After a heartbreaking loss to the Seahawks last week, the San Francisco 49ers rebounded with a win over the Arizona Cardinals by a score of 36-26 at home on Sunday afternoon. With the victory, the 49ers (9-1) secure their first winning season in six years and position themselves well for a prime playoff spot.

The game was considerably closer than the score would indicate. San Francisco actually trailed Arizona (3-7-1) all throughout the contest until 49ers quarterback Jimmy Garoppolo connected with Jeff Wilson for a 25-yard touchdown with 30 seconds left in the game. D.J. Reed then returned a failed Arizona lateral for a touchdown to allow the 49ers to win by 10 and upset many Vegas gamblers.

Because of a rule passed before the 2018 season, the 49ers did not attempt a PAT after the final touchdown.

This was the 49ers second victory against Arizona in three weeks, with both being close games with a lot of offense. Garoppolo again threw for four touchdowns against the Cardinals, although he did also throw two head-scratching interceptions this time. He also threw for a career-high 424 passing yards.

Cardinals quarterback Kyler Murray has continued to turn heads in his rookie season, as he finished with two passing touchdowns (to wide receivers Larry Fitzgerald and Pharoh Cooper) along with one on the ground. Although the Cardinals have not come up with many wins in the first year of the Kingsbury-Murray era, the future certainly looks bright.

The 49ers season this year has generally run through two things: their running game, and George Kittle. On an afternoon where Kittle was out with injury and the run was shut down (19 carries for 34 yards as a team), San Francisco needed someone to step up.

Rookie wide receiver Deebo Samuel is beginning to break out for the 49ers. The second-round draft pick from South Carolina finished with 8 receptions for 134 yards, his second consecutive game going over the century mark.

After celebrating the win, the 49ers will begin preparing to play the Green Bay Packers (8-2) in a critical NFC matchup. The game has been flexed to Sunday Night Football and will be played at Levi’s Stadium this Sunday.