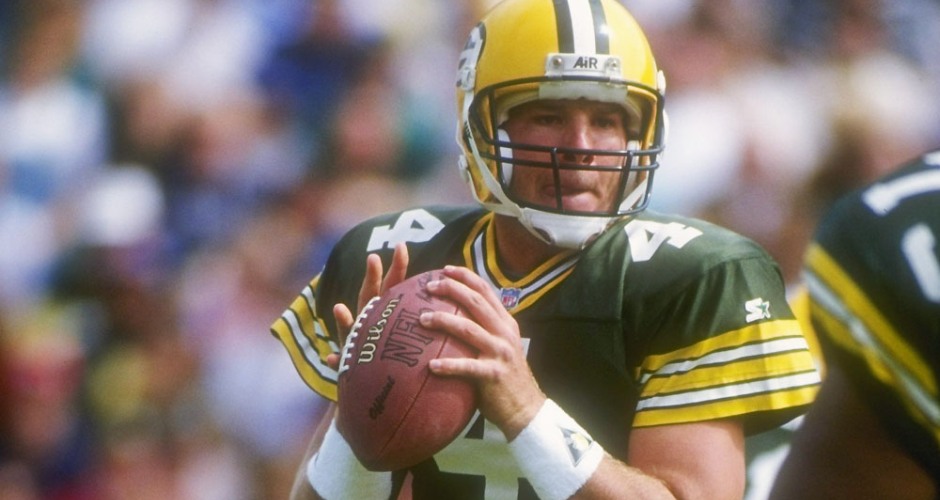 The 2016 Pro Football Hall of Fame Class has been announced and as expected former Green Bay Quarterback Brett Favre was a lock to make the class. The rest of the class so far include Tony Dungy, Marvin Harrison, Orlando Pace, and Kevin Greene. Eddie DeBartolo, Kenny Stabler and Dick Stanfel have also been selected.

As well as the other selections

The longest discussion of the HOF meeting was Eddie DeBartolo Jr. at 50 minutes, 33 seconds. The shortest? Brett Favre at six seconds.

You can find a link here to the full statement from the Pro Football Hall of Fame on today’s process.

What made the debate take so long? A perusal of the names might give you a clue. Indeed, the debate over Terrell Owens was predictably long.

As is typical, leaks soon emerged and it was clear Eddie DeBartola, the former owner of the San Francisco Forty Niners, was voted in.

His election was the longest debate of the night per Rick Gosselin.

The longest discussion of the HOF meeting was Eddie DeBartolo Jr. at 50 minutes, 33 seconds. The shortest? Brett Favre at six seconds.

Terrell Owens in typical TO fashion chose to announce his own exclusion early.

Unfortunately I did not make it. CONGRATS to the 2016 HOF CLASS. Thanks to ALL MY FANS for ur unwavering love & support. #ONLYGODCANJUDGEME — Terrell Owens (@terrellowens) February 7, 2016

Former Redskins tackle Joe Jacoby says via text that he did not get into the Hall of Fame. “Not this year,”… https://t.co/HCNZCFJCk5 — John Keim (@john_keim) February 7, 2016

Breaking News: Ken Stabler will be announced as a member of the Pro Football Hall of Fame 2016 Class https://t.co/Hh9eueoPWu has confirmed

Former #Rams Kevin Greene and Orlando Pace have been elected to the 2016 class of the Pro Football Hall of Fame.

Post announcements, players and teams began releasing official statements and we have compiled them below starting with the Packers statement on Favre’s selections.

Here is the release on Favre’s selection by the Green Bay Packers. You can find the full release in print here.

The San Francisco Forty Niners released a 12 page statement detailing DeBartolo’s contributions to the sports. You can find it here.

Congratulations to all the selections and to all the finalists for their contributions to the sports we all love. Stay tuned for more coverage of the NFL Honors awards as well as our Super Bowl 50 coverage. You can follow Sharona Sports on twitter at @sportsbysharona and on Instagram at @sharonasports.