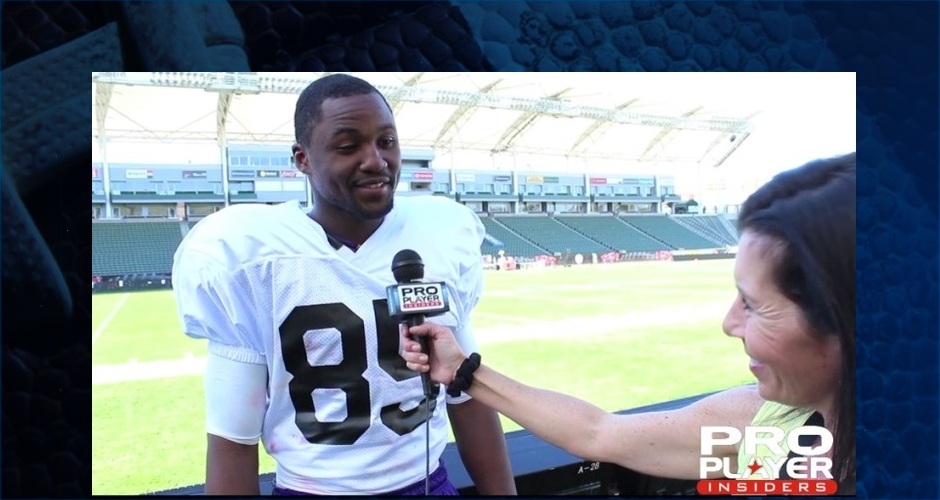 Saturday, January 18th the National Football League Player’s Association (NFLPA) will host their third annual NFLPA Collegiate Bowl at the Stubhub Center on the campus of California State University. The NFLPA Bowl is another chance for draft-eligible seniors, such as Kadron Boone out of Louisiana State University, to show their skills to NFL scouts.

“[NFLPA Collegiate Bowl] is another opportunity to showcase my talents to the teams in the NFL,” said Boone. “Hopefully get a chance to play at the next level.”

Boone finished his career at LSU with 44 receptions for 611 yards and 8 touchdowns while playing in 53 career games. He is listed at 6’0”, 202 lbs, and sees his size helping him make the big step from the college game to the pros. Boone has spent time studying wide receivers in the NFL that use their size to their advantage.

“Anquan Boldin, he’s a big physical guy for a receiver,” said Boone. “With me being a big receiver as well, I watch a lot of film on him and just love his style of play.”

Boone, an Ocala, Florida native, known as “KB” during his playing days at LSU, seems destined for a career in the NFL.

“Anytime I would go in the store I would run away from my mom and she knew where to find me because there would be someone on the intercom, ‘Can someone please pickup their child of the toy section,’” Boone recalls. “It would be me with either a football or basketball, throwing it up and catching it.”

Boone, like the countless other seniors attending the NFLPA Collegiate Bowl, plans to use the national stage to help boost his draft stock and continue his dream of playing football for many years to come.

“Just go out here and do what I’ve been doing since the age of six, just playing the game I love.”