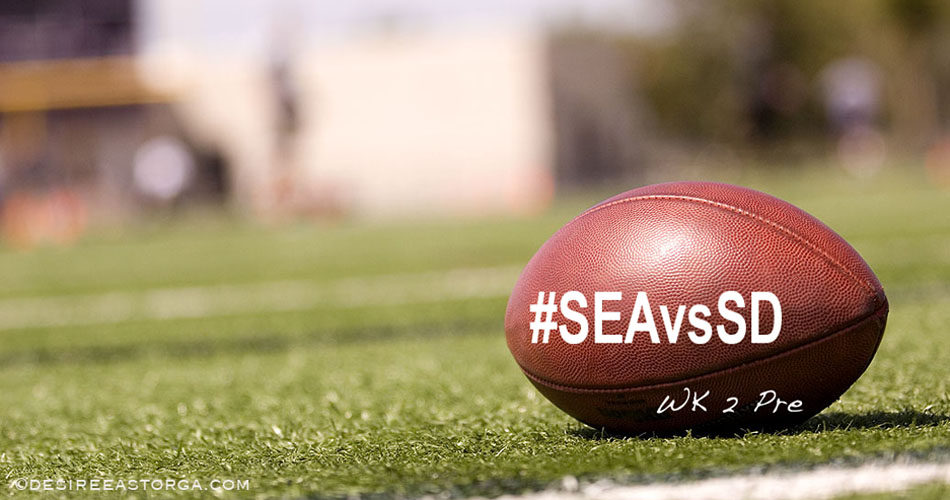 Friends, family and training camp comes to a close for the public, but that means the seasons even closer. Chargers face off with the Champs Friday at Centurylink Stadium, loud music being merely one of the tools in prep for the game, as the Hawks fans have set the bar high in noise, donning the Seahawks the loudest and most difficult place to play. Let me remind you this is an exposition game, however, its the opener for all the #12s as the hawks host their 2014 premier on Friday night.

Mike McCoy “We’ve had music all camp long it has been extremely loud at times, this is just a little different, a lil more annoying you could say, very similar to when you go on the road to a loud place like Seattle, which is the loudest stadium in the league week in and week out, and with the great 12th man they have there. So just a little introduction to it tune in and focus and make sure to communicate in a loud hostile environment.”

Chargers will await to host Seattle, September 14th for their home opener, this is all prep, for the fans and for the team. A fan loud white out rumored to occur in San Diego for the game.

Quick hits in regards to #DALvsSD, the run was prevalent! The backs were stand outs! The pace great as well, you can look forward to the game getting faster and faster as the weeks near the official KickOff to the 2014 season. 152 total rushing yards, numbers to watch Highlights (34)Donald Brown, Branden Oliver, the return of the number 43, with much comparisons to the former jersey wearer, Darren Sproles.  Leading the pack with 7 carries for 64 rushing yards and 1 TD. Former Buckeye, (45) Zach Boren coming in with sole FB duties, Marion Grice (28) with 14 carries for 35 rushing yards and the always productive asset Mr. Danny Woodhead. One apprehension Mathews fumble, will pause on full alarm however, it just came at a crucial moment. 243 receiving yards, leading, Dontrelle Inman with 3 receptions for 107 yards and one TD, followed by Ladarius Green with 2 catches for 26 yards, Danny Woodhead 1 for 25 yards, yes his name again, and Joe Flacco’s younger brother Mike Flacco with a reception for 18 yards. Charger QBs were on point almost perfect between the three with a combined 14 of 16 and a total of 243 yards.

Last three players to leave the practice Dontelle Inman, Eddie Royal and Brandon Flowers, yes he is back on the practice field and yes, they all are friends! Jason Verrett took off the red jersey and Birthday wishes in order for Chargers’ Veteran and #rolltide Jarrett Johnson celebrated his 33rd birthday on Thursday.

Earlier this week, John Elway called out Tom Tellesco to do the #ALSIceBucketChallenge he accepted. After practice on Wednesday he came through while Eric Weddle dressed and assisted his GM for the special occasion. All for the good of ALS.

Tellesco, ” The Chargers never back down from an AFC West rival”

“The #Chargers will never back down from a challenge from an AFC West rival” @johnelway http://t.co/boG7rO7tuu pic.twitter.com/Ut0cxL84gt

This continued, spread through out the league and community
and so on and so on……………..reminds me of #FBF Joe Nammoth Faberge commercials’ like a Faberge shampoo commercial, except I can’t find it, but found one getting creamed! Happy #Flashbackfriday!

Cheers to another week and 3 weeks till the season officially commences.

You can follow me on insta or twitter
@desiree_astorga
Time out with Desiree, the silver linings
An optimistic realist with intermittent football tourettes all the while searching for the 3rd dimension.
The DesireeSHOW