The 2014 NFL Draft class has been beyond intriguing, from names such as ‘Johnny Football’ to Ha Ha Clinton-Dix, fans could only expect to see a showcase of unique fashion as these young men grace the red carpet making a chic Lambo Leap into the pros.

After styling 14 of the top 25 players in the 2013 NFL Draft class it’s no wonder Élevée half of the 30 players who were invited to attend the NFL draft this year including Buffalo linebacker Khalil Mack, Ohio State linebacker Ryan Shazier, Clemson receiver Sammy Watkins and Alabama safety Ha-Ha Clinton-Dixon. And unlike drafts of yore, NFL prospects take advantage of using personal stylists and use only the best.

Élevée president Percy Knox says typically players look at fashion magazines and then talk it over with the designer to figure a style that best works for them. “Most everyone was flexible with the process,” Knox says. “Since Elevée has won ‘best dressed’ with GQ and Esquire, the players know we will take care of them.”

Take a look below at some of our favorite looks from the red carpet and the stage at the 2014 NFL Draft, congratulations to all the First Rounders! 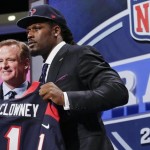 Going #1, a sleek Jedeveon Clowney is officially a Houston Texan. 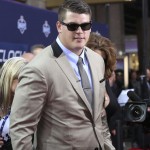 Taylor Lewan in Elevee on the 2014 NFL Draft red carpet. 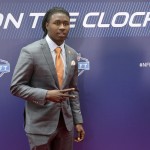 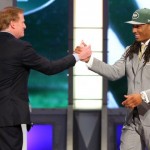 A dapper Calvin Pryor to the NY Jets 2014 NFL Draft 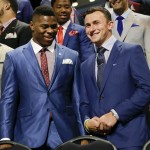 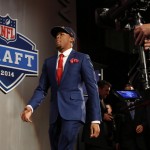 Kyle Fuller pulls off patriotism with ease in a blue suit, which seemed to be the color of the evening. 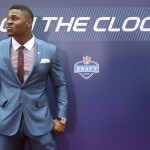 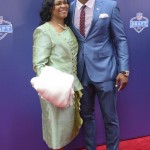 Khalil Mack in Elevee and his mom 2014 NFL Draft 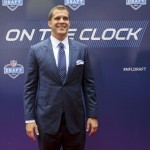 #3 Pick Blake Bortles cleans up nicely in a navy suit. 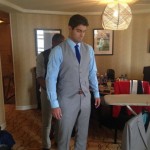 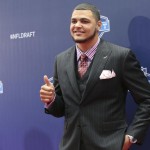 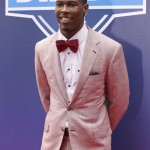 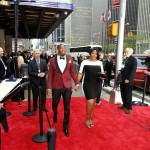 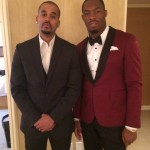