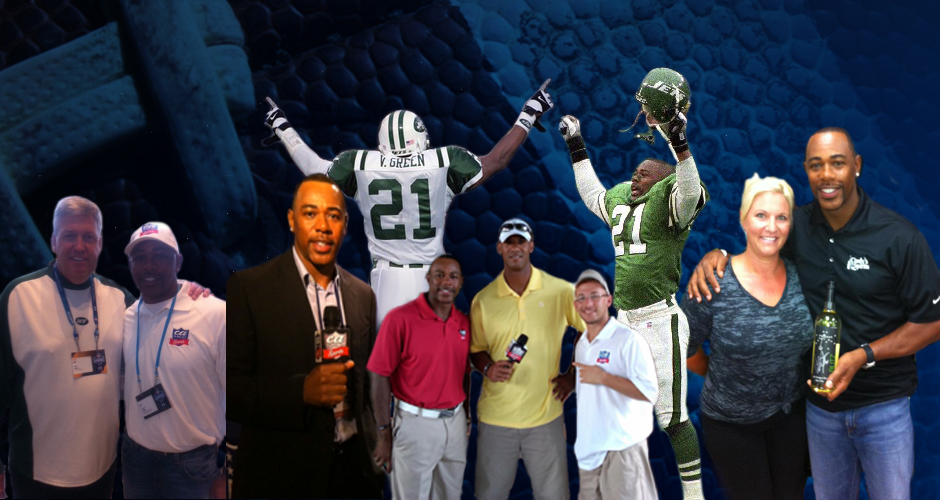 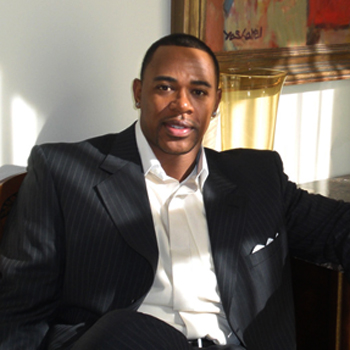 Victor Green was born on December 8, 1969 in Americus, Georgia. As a well-rounded athlete in high school, he ran track, played basketball and excelled in football. After graduation, Victor went on to the International Technical Institute where he earned an Associate Degree in Marketing. He then went on to pursue his first love of football at Copiah Lincoln Community College and excelled in the NJCAA where he was twice named to the “Grid Iron All-American” team. While there he received an Associates of Arts degree. He earned a scholarship to play college football for the University of Akron. He also ran track in college and earned 2 more degrees, one in Political Science and one in Criminal Justice.

After he graduated in 1993, Victor entered the NFL as an undrafted free agent. By 1994 he was the starting Strong Safety for the New York Jets.  His passion for excellence and the game of football was evident in 1995 and 1996 when Green led the NFL in tackles. In a 1996 game against the Buffalo Bills, Green set a New York Jets team record with 20 tackles (13 solo and 7 assists). During his 10-year history with the Jets, Green was named the “Best Strong Safety” in Jets history.

In 2003 he was honored by being placed on the Jets “Four Decades Team.” Green remains third on the Jets all-time interception list, fifth on the Jets all-time tackle list and is on the Iron Mans List for 180 consecutive games played in his career.  After 10 exceptional years with the Jets, Green took his talents to the New England Patriots. In 2003 and 2004 he played for the New Orleans Saints. In 2006 Green signed with the New York Jets once again so he could retire with the team he had started with. He officially retired from the NFL in 2006.

All of his exceptional athletic talents and professional accomplishments have led Green to his true passions for community and family. His philanthropic work has been a constant in both his personal and professional pursuits. He has worked with the Susan G. Komen Foundation and Lifetime TV Breast Cancer talk and cell phone drive. While playing for the Jets, Green supported the Nassau County Coalition against Domestic Violence, he held Christmas parties for children and women in battered shelters, he supported the National Food Network where he spent time serving food in food kitchens. In September of 2001, Victor spent time working with the American Red Cross. He volunteered his time serving water to firefighters and survivors of the World Trade Center bombings at Ground Zero.

In 1995 the Victor Green Foundation and Professional Partners for Youth Development designed a non-profit organization determined to be a bright spot in the community. The organization offers school tutoring, mentoring, college prep work and scholarships as rewards for outstanding academic improvement and Saturday Fun Days. The Foundation is located in Americus, Georgia.

Due to his passion for public service, Green was awarded the “Key to the City of Americus” because of his exceptional work in his home town community. Green was also honored with President Jimmy Carter in salute to “Americus Greats.”  Greenm along with Coach Dan Reeves, Chan Gailley, Kent Hill and Olympic Gold Medalist Angie Myers, have hand prints at the Ylander Theatre in Americus, GA. Green also has a street named after him.

Currently Victor Green is happily married to his wife Esther and has 3 children. They reside in Alpharetta, GA where he is starting his new endeavors as a businessman and entrepreneur. Victor Green is currently the Spokesman for Pharmanex and the BioPhotonic Scanner. He is a representative for Lifepak Nano supplements and G-3 juice and takes them daily. He believes these supplements enhance his life and make him better and stronger to continue his business career and philanthropic endeavors. Victor also owns www.gosafeguard.com, a printing, graphic design house and a business solutions center. He has a passion for real estate as well and owns the Victor Green Real Estate Corp.