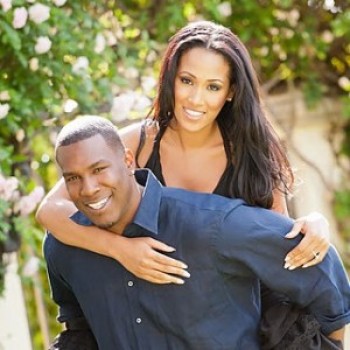 Sasha and Antonio Gates currently live in San Diego, CA where Antonio has played for the Chargers for over ten seasons.

Gates was signed as an undrafted free agent in 2003 after playing college basketball and football at Kent State University. Since being drafted he has had trmendous success on the field including: 8× Pro Bowl, 5× All-Pro, NFL Alumni Tight End of the Year in 2005, NFL 2000s All-Decade Team, and was place on the San Diego Chargers 50th Anniversary Team. Most recently, in 2012 Gates’  scored his 82nd touchdown reception with the Chargers, breaking the all-time franchise mark that Lance Alworth held for 42 years.

Off the field, the Gates have a passion to help the community. Mrs. Gates and friend, Brittney Hinds, have a foundation that provides high quality wigs to women surviving hair loss from catastrophic illness. The Dolling Foundation’s vision is to inspire women to maintain a strong sense of self by enhancing their natural beauty that was compromised by tragedy.

While Mr. Gates’ Foundation continues to impact youth from San Diego to his hometown of Detriot, MI. #85′s philathropic efforts includes an annual “Shop with a Charger” event for underprivileged children, “Shoot to Cure HD” a free throw shooting event that raises money for the Huntington’s Disease Society of America, and annual free football camp in Detriot for urban youth.