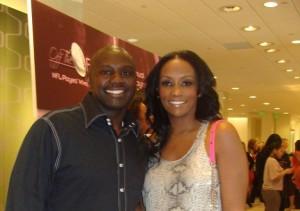 Randy and his wife, Gussie hail from Georgia where Randy is currently launching his own sports consulting company. The couple met during their undergraduate days at TSU in Nashville. They have one son, Ellington, and one daughter Eden Haylee. Randy & Gussie take great pride in supporting their local community and bring that humanitarian touch to ProPlayerInsiders.com.

Following the conclusion of his NFL career, he made the transition from player to coach in Atlanta where he was a defensive consultant at Southwest DeKalb, a power in the Georgia high school ranks. Fuller later moved to Grace Heritage Christian School in Stone Mountain, Ga. to serve as head football coach and athletics director. The team posted a perfect 10-0 record in his first season.

During his professional playing career, Fuller was active in various community activities along with his wife. He was the co-founder of Hometown Heroes Foundation, a non-profit charitable organization granting scholarships to deserving high school seniors entering college, in his hometown of Columbus, Ga. Randy was also a motivational speaker in the Fulton and DeKalb County school districts, a board member of Project Destiny in DeKalb County, and on the planning committee for the Western Pennsylvania School for the Deaf.