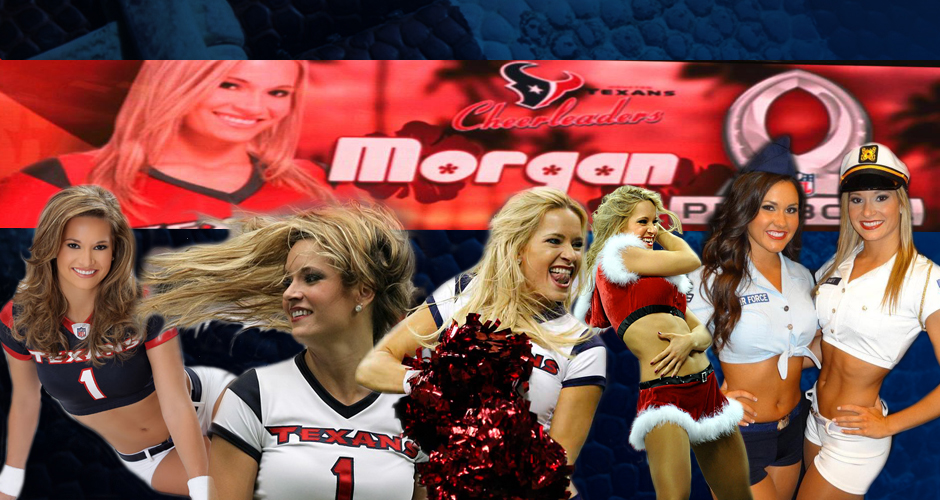 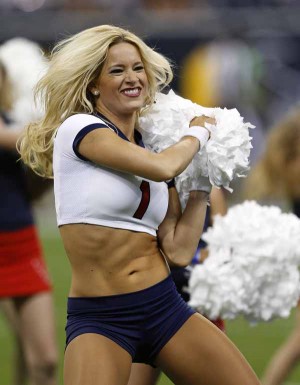 Moe’s life has included exposure to sports, music, fitness, and entertainment, which leads to her passions of today.  Moe tried out for the Houston Texans Cheerleading Squad because she loves to dance and perform. Having the opportunity to be able to entertain in front of 70,000 fervent football fans was a dream that Moe would have never imagined she would reach.  During her span as a Texans Cheerleader Morgan has made some of the most incredible friends. She was voted Rookie of the Year in 2011, Most Spirited in 2012 and was voted the cheerleader to represent her team at the Pro Bowl in 2012.

Moe has also been able to be a part of several different media channels and speak about the game of football, which we as Americans love so much!  Since, living in Houston she has also broken into the fitness world and joined a group of fitness competitors called Fitness Angels, who set out to enlighten individuals on how to stay fit and healthy and who perform at different fitness events and expos.

Through the Texans, Fitness Angels and being a Fitness competitor herself, Moe has started co-hosting fitness competitions, such as Musclemania and Naturally Fit.  Before trying out for Texans, she traveled around the United States and Canada, with Grahams Entertainment, as a backup dancer for Country artists such as: Big N’Rich, Rascal Flatts, Montgomery Gentry, Phil Vassor, Harry Luge, The Michael Scott Band, Neil McCoy and many more.  Morgan also did some dance work for Hip-Hop artists as well.  Moe is extremely thankful for the opportunities that she has been blessed with and can’t wait to see what tomorrow brings.