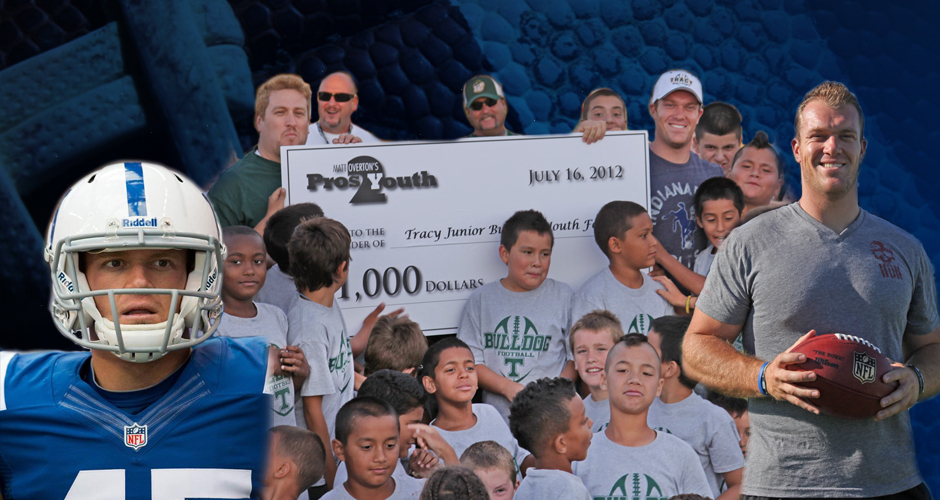 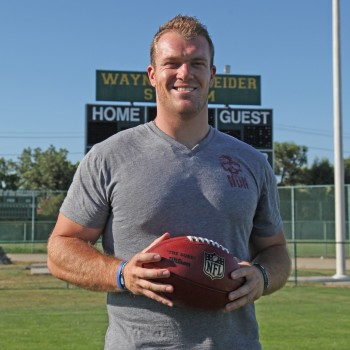 Matt Overton is a long snapper for the Indianapolis Colts of the National Football League.  Originally from  Tracy, California, Overton attended Tracy High School where he played four years of football for the Bulldogs.  He then went on to play college football at Western Washington University where he was a team captain and a two-year starter at defensive end and and long snapper.  He broke into the NFL when he was signed by the Seattle Seahawks as an undrafted free agent in 2007.

Overton runs his own charitable foundation called Pros 2 Youth, and the mission of this charity is to provide a source of mentoring, funding and support for our country’s youth.  In addition to his charity, Overton also owns and operates a small business called Led By Pros.  He runs this with two of his former teammates, Maurice Clarett and Chad Lucas, who both played with him on the Omaha Nighthawks of the United Football League.  Led By Pros has its own youth football academy and helps young athletes succeed in sports and in life itself.

In his spare time, when he is not playing for the Colts or involved with Pros 2 Youth or Led By Pros, Overton enjoys traveling and being outdoors.  He is also a huge fitness enthusiast and is adamant about being involved in community events and making a difference.  Two of the most important things in Overton’s life are his faith and his family.