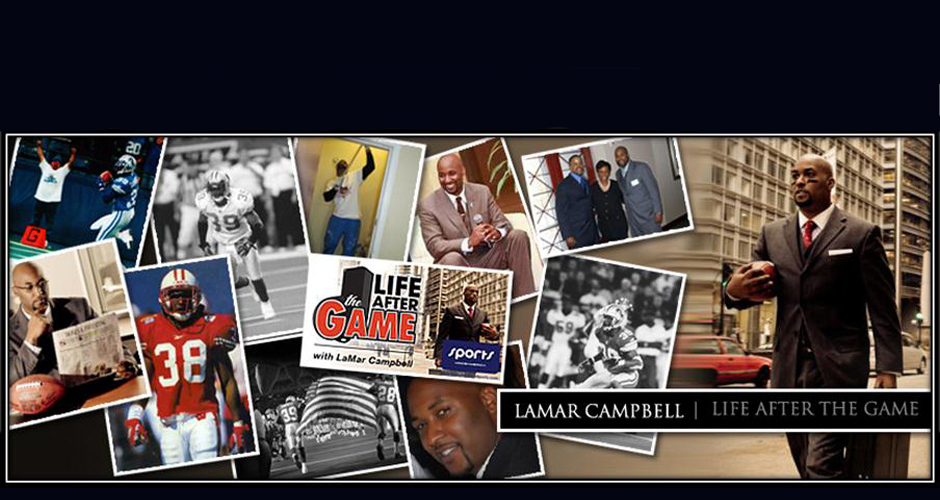 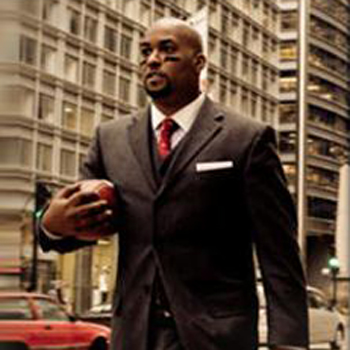 LaMar Campbell was born and grew up in Chester, Pennsylvania, a suburb of Philadelphia. He attended the University of Wisconsin from 1994-1998 and, with a Degree in history, he left the University and signed as a free agent with the NFL Detroit Lions.

He played with the Lions from 1998 to 2004. While in Detroit, he participated in many charitable programs including Big Brother and Big Sister of Detroit, and volunteered regularly at Campbell Elementary School.

After the NFL, he went on to intern in the Detroit Lions Scouting Department. During this period, Campbell fell in love with the aspect of Player Development and realized the opportunities available to advance his career after his professional football days were over. After becoming a licensed real estate broker in Atlanta, Campbell then took advantage of the prestigious Wharton School of Business Real Estate Program and the Sports Business Initiative Program offered by the NFL Player Development and studied real estate development and planning. In 2007,.Campbell opened his own real estate company in Atlanta – The Success of Real Estate LLC.

Campbell currently works full time as a Real Estate Broker and host and CEO of Life After the Game, a digital media radio show on Voice America Sports. He is an active member of the Atlanta NFLPA Retired Players and serves as Director of Media Relations as well as a frequent CNN/HLN contributor.  Campbell is currently a Co-Chair for Men Stopping Violence, as he looks to expand the philanthropic efforts of both groups.

Once the subject of Dr. Sanjay Gupta’s “Human Factor” segment, which profiles individuals who have overcome the odds, he is a fervent fan of Philadelphia and Detroit-based professional and high school sports.

It is also syndicated on School of The Legends Radio