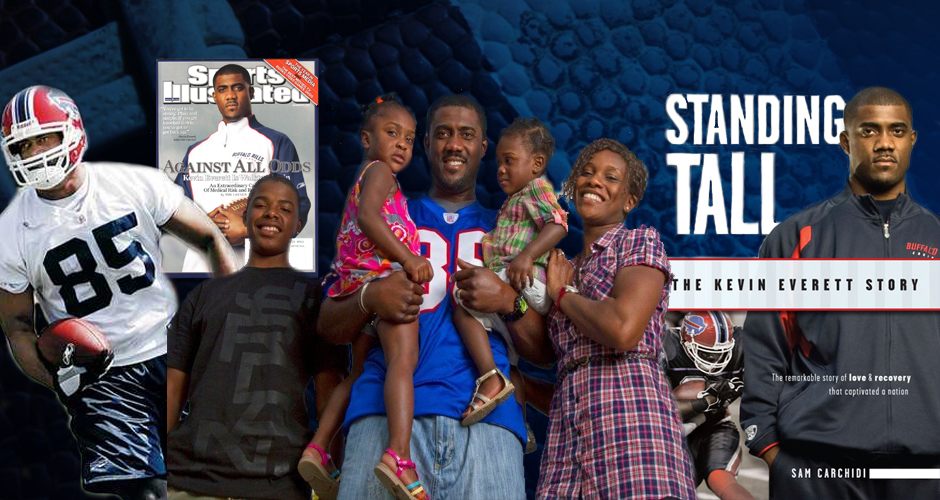 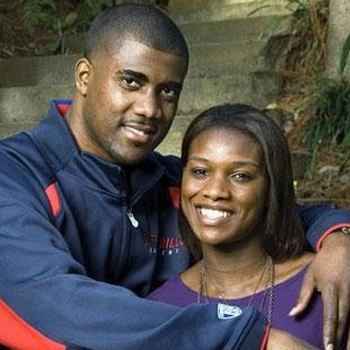 Kevin is an inspirational speaker, author of children’s books, frequent TV personality and former NFL player. He and his beautiful wife, Wiande, started and run the Kevin Everett Foundation, dedicated to assisting those with new spinal cord injuries both financially and emotionally.

He made his first NFL career start for the Bills on September 10, 2006 and his first career NFL reception on October 1st of the same year. One week into the 2007 NFL season, on September 9th, Kevin suffered a cervical spine injury that immediately ended his career. It was reported by doctors that he may never walk again. Defying the odds, Kevin recovered from his spinal injury and regained movement, walking publicly onto the field of Ralph Wilson Stadium on Sunday, December 23, 2007 for the Bills’ final home game.

His story has been featured in magazines and on television including Sports Illustrated, ESPN, Fox News and Oprah. Honors include serving as the grand marshal at the NASCAR Nationwide Series Zippo 200 at Watkins Glens and; in 2008, Everett was awarded the Jimmy V award for perseverance at the 2008 ESPY awards for his heroic recovery, defying the odds and “never giving up.”

Wiande is one of the founders of One Moore Book. One Moore Book publishes culturally sensitive and educational stories for children of countries with low literacy rates and underrepresented cultures.

Kevin and Wiande live in the Houston area with their their three daughters Faith, Famatta, and Kelami.