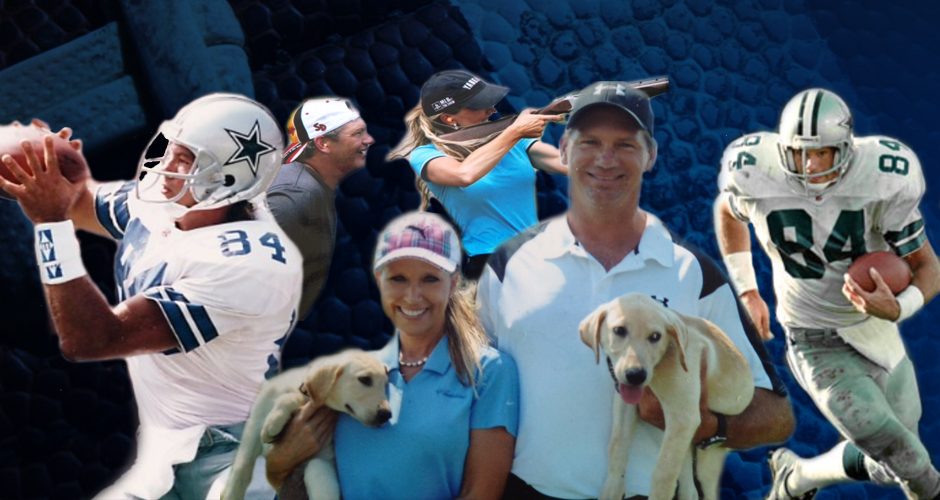 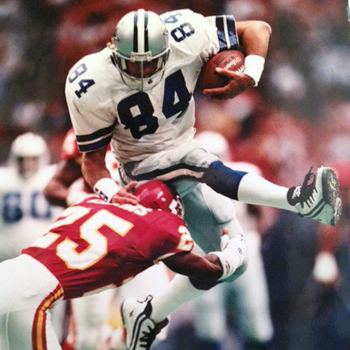 Jay Novacek took one of the more unconventional paths to NFL success that has ever occurred. One of the best natural athletes to come out of the state of North Dakota, he was a two sport star in high school and college. In Gothenberg, Nebraska, he was an all-state quarterback and state champion in the hurdles and in the pole vault for the track and field team. He was inducted into the Nebraska High School Sports Hall of Fame in 1996 in recognition of those achievements.

He continued to show off his athletic prowess at the University of Wyoming, where he was an All-American in 1994 for both the Cowboys’ football and track and field teams. That year he set an NCAA record of 22.6 receiving yards per reception by a tight end, and won the Western Athletic Conference’s decathlon championship. He was elected into the University of Wyoming Athletics Hall of Fame and the NCAA College Football Hall of Fame, in 1993 and 2008, respectively.

Despite his enormous collegiate success and obvious athletic abilities, Novacek slid to the sixth round of the 1985 draft as scouts dismissed his small-school background. He had to pay his dues in the Cardinals organization for five years, largely in a backup capacity, before he got his first real chance with his college team’s namesake: The Dallas Cowboys. He immediately became Troy Aikman’s security blanket and an irreplaceable cog in the dominant Dallas Cowboys teams in the early 90s.

The sure-handed tight end averaged 57 receptions during his six years in Dallas, where he won three Super Bowl championships in four years. Novacek made five consecutive Pro Bowls from 1991-1995, and was named first-team All Pro by the Associated Press in 1992 as the top tight end in football that year.

Though his talent was initially overlooked by pro scouts, Jay made it clear to everyone his entire life he was meant for greatness. Now able to call himself a high school and college Hall of Famer with three Super Bowl rings to his name, nobody can question his abilities anymore.

While Novacek still remains close to football, having taught over 12,000 individuals for the past 21 years that have attended his summer football camp in Texas, he lends his talents to other ventures as well. The Novaceks have bred and raised cutting horses on their ranch, and participating in cutting horse competitions has become a family institution. Jay has been involved in cutting competitions for over 20 years, and has won the National Cutting Horse Association’s NFL Super Stakes Champion on separate occasions with Hall of Fame trainers Bill Riddle and Pete Branch. Along with his wife, Amy, Jay continues to compete in cutting horse competitions as a hobby and for charity to this day.

The couple is also very active giving back to their community, having participated in fund raising, public speaking engagements, flag football, golf outings and a variety of other charitable events. A true cowboy at heart, Jay, Amy, and their children enjoy spending time on their Texas ranch, riding horses, hunting, and traveling.