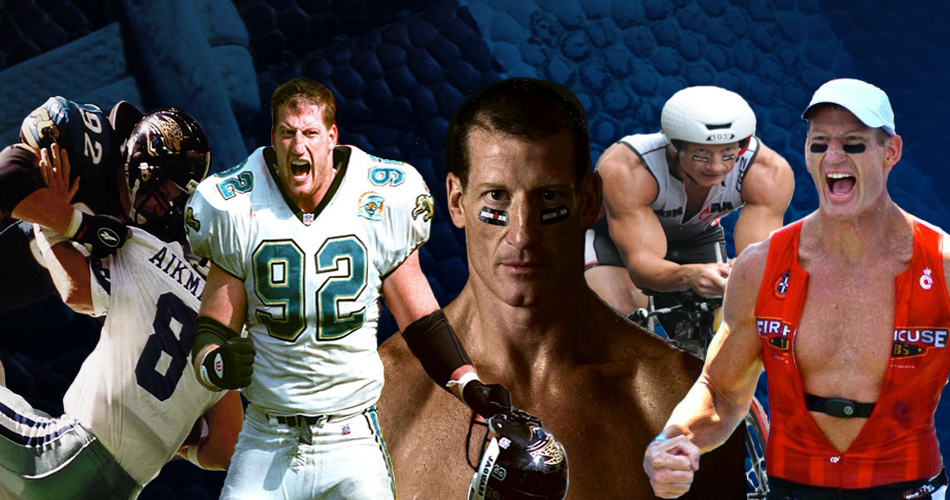 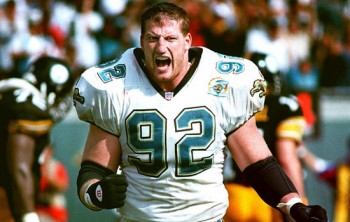 Don Davey left quite a mark on the University of Wisconsin from 1986 through 1990.  As a four year starter for the Badger football team, the Manitowoc native earned both All-Big Ten and All American honors as a defensive lineman.  Known as a tireless worker both on the field and off, he left Wisconsin as the school’s all time leader in tackles for a loss.  Not to be out-done in the classroom, he also earned both his Bachelors and Masters Degrees in Mechanical Engineering while graduating with honors.  He was the first, and is still the only, student in NCAA history to be named to GTE’s prestigious Academic All-American team for four consecutive years.

After graduate school, Don was drafted by the Green Bay Packers in the third round.  His unique combination of intelligence, ability, and an unparalleled work ethic guided him through nine successful seasons in the National Football League with the Green Bay Packers (1991-1995) and the Jacksonville Jaguars (1995-1999).  After playing alongside Hall of Famers Brett Favre and Reggie White in Green Bay, he went on to lead the young Jaguars team to a birth in the AFC Championship Game i

Since leaving the NFL, Don has been very active in several entrepreneurial and charitable endeavors.

Don now fuels his competitive drive by competing in local and international triathlons.  He has successfully completed Ironman Wisconsin, Ironman UK, Ironman Austria, and most recently, Ironman Germany in July 2012 as part of the Ironman Executive Challenge.  His goal is to qualify to compete in the Ironman World Championships in Kona, Hawaii.

Don is married to his high school sweetheart and fellow Badger Kristen.  They have five beautiful daughters named Livy, Carly, Kuki, Chloe, and Kasey.  They currently reside in Atlantic Beach, Florida during the school year and spend time in Wisconsin during the summer.