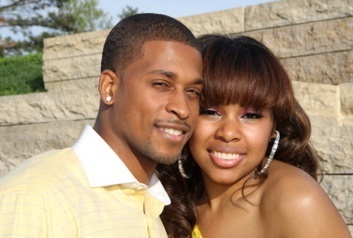 Brandon Williams started his NFL career by being drafted by the San Francisco 49ers in 2006. He spent four years in the NFL with the following teams, 49ers, Rams, and Steelers before injuries ended his career.

Brandon’s Marketing experience involves working for Berenfeld Legacy Group as a Marketing Consultant and Coldwell Banker as a Real Estate Agent. He currently works as a Sports Analyst with the Big Ten Network and FOX 2, and continues to make regular radio appearances.

Since retiring from the NFL, Brandon served as the first President of the St. Louis Former Players Chapter of the NFLPA.

He is the founding member of Young Adults Creating Wealth (YACW) Financial Planning program, which empowers young teens with the tools to be financially aware. He also founded the 4 P’s of Life, Public speaking lecture that helps enlighten, motivate and influence students and adults to strive to be the best they can be, based upon the principle words of Persistence, Patience, Productivity and Prayer. Brandon has spoken to high school students in the St. Louis area, along with college students at the University of Missouri St. Louis, Saint Louis University and Washington University.

In 2011 he founded the Brandon Williams Economic Development Corporation (BWEDC). BWEDC addresses the present recession and the increased job loss across this country. BWEDC enhances and provides opportunities for Fans, Families, Youth and the Community in the area which they reside. BWEDC uses Brandon Williams’ “ON FIELD” skills to help his “OFF THE FIELD” business skills, coupled with an organizational infrastructure. BWEDC will deliver concrete results in Economic and Business Development, and job creation.

The BWEDC is on the move to build Economic and Business Development and Partnerships starting with the NFL by negotiating a Licensing Contract with the NFLPA. BWEDC sponsored a conference with Professional Athlete and Venture Capitalist, the Venture Draft Conference in August 2012.

During the Spring of 2013, Brandon received his INSANITY certification to better assist his community in engaging in physical activity to help them lose weight. He conducts regular INSANTITY work out inspired classes.

In 2011, Brandon married his soul mate b.Marcell. Their relationship has shown to be one of pure fulfillment. Not only are they a husband and wife duo, but they are best friends, business partners and a powerful force amongst their family, peers, the youth and their community.

A renaissance woman for the new millennium – b.Marcell Williams represents a new era of womanhood; achievement in the pursuit of professional, personal and spiritual success. As a role model, b.Marcell demonstrates beauty, youth, class and intelligence.

Mrs. Williams, founder of Jewels, Inc. (a non-profit organization), is a social entrepreneur who united her passions and talents to create platforms that serve youth and the community-at-large. The purpose of Jewels, Inc., is to empower young urban girls, called Jewels, as future leaders through, education, training, and social activism. The mission of Jewels, Inc., is to provide venues where the youth can acquire understanding of technical as well as social skills necessary to assume leadership roles through actual practice. Jewels and Gentlemen serve as community role models for urban youth. Young local elementary & middle school girls and boys are eligible for “adoption” as “little sisters” and “little brothers”: who become official TenderSTONES & Jr. Gents (elementary); Junior Jewels & Gents (middle & high school students). All Enrichment Programs of Jewels, Inc., participate in self-improvement workshops, including resume building, etiquette classes, leadership training, and many more. Additional growth and development are gained from a variety of exciting education, cultural and artistic outings. Working together cooperatively, Jewels, Gentlemen, Junior Jewels, Gents, TenderSTONES and Jr. Gents will become an asset within their local communities. For more information on Jewels, Inc., visit: www.Jewels-Inc.org.

B. Marcell was honored by the Lady Diva Corporation in June of 2009, for founding Jewels, Inc., and the work she has done in the community.

As an advocate for media equality, b.Marcell is also growing a career in television, radio, and film production. At the young age of 16, b. Marcell made a courageous move to attend the School for Film and Television in New York City. There she was introduced to the “behind the scenes” aspect of television which sparked a new found love for the field. Two years later, she moved to New York to acquire an internship with the music department of Black Entertainment Television (BET). Launching her fledgling career, b. Marcell was paired with “Super Producer”, Genevieve Nixon to produce a show called “The Next”. Within a few short days, Mrs. Williams was promoted from intern to Assistant Associate Producer. In more recent years, her work with BET has included Production Assistant duties with “Sunday’s Best” & Associate Producer duties for “Bobby Jones Gospel”. In 2005, she served as an Intern for XM Satellite Radio, 67 “The City”. In 2006, she formatted and produced “Real Talk with Jeanne” (a day time magazine talk show) for UPN 46 (St. Louis, MO affiliate station). b. Marcell’s ultimate goal is to provide quality television programming for people of color.

While attending Howard University, Mrs. Williams experienced significant personal life events. During these years, she lost her beloved best friend and father; but also welcomed the birth of her son, Peter James. The tragedy and miracle, combined with the pressures of school and career led to a few bouts of depression. As b.Marcell found her path to recovery, she also found herself equipped with a new perspective and a broader way to serve others. In late 2008, b.Marcell added Motivational Speaker to her repertoire. Mrs. Williams speaks for non-profit organizations, conferences, and social groups on issue of depression, single parenting, self-esteem, and relationships.

b.Marcell continues to build a exemplary career, characterized by her personal tagline

I Am…b.Me ™. She hopes to inspire others to achieve at all levels through appreciation of self, maximization of personal talents and giving back to the community.

Brandon and b.Marcell are currently promoting and challenging their community to better their health with the Body By Vi 90 Day Challenge via their team, Team BWILL, “BWILLing to b. Successful”. The 90 Day Challenge is the number one fitness challenge with over 150,000 people joining each month. Team BWILL is currently challenging St. Louis, MO and others nationwide to join their challenge and shed 10,000 lbs during 2013.

Jewels, Inc., “Empowering the Youth by Enhancing Their Vision”