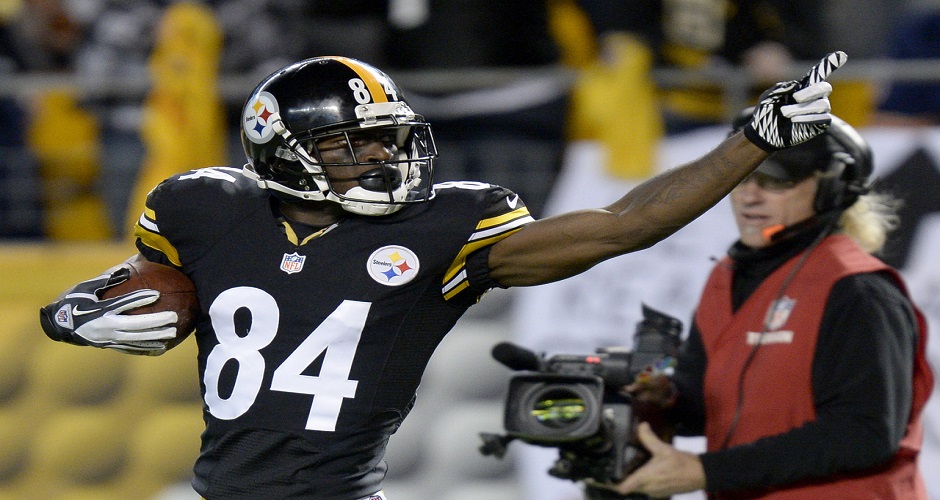 With the Quarterback Rankings and the Running Back Rankings in the books, we now move on the position that has seemed to evolve the most over the past 10-15 years, the Wide Receivers. What was once a positon that was an afterthought is now 1 of the most important positions in the league due to the high volume of passes around the league. You can fine easily 7-10 WRs that can carry you to wins in a game during the fantasy football season. So without further ado let get to the Wide Receiver Rankings and tiers for the 2015 NFL season.

Remember, these rankings are in the order of my personal preference, so if they are within the same tier, I think all of them will be around the same range from a fantasy point projections perspective, so feel free to choose who you prefer.

An argument can easily be made for any of these 4 as the #1 WR in Fantasy Football. I just went with Johnson because he is the most physically gifted of the 4. All 4 should be gone by the end of the 2nd round. Brown is probably the highest if it is a PPR league.

All of these guys could be in the 1st tier if it wasn’t for me nitpicking a bit. AJ Green coming off injuries, Thomas getting more attention because of Julius Thomas leaving, and Beckham has done it for only 12 games. Then you look at the diminutive size of Hilton, the extra attention Cobb will now get with no Jordy, and the extra attention that Jeffery will get with no Marshall and you can see my questions are not mostly about the players themselves, just their surroundings and supporting cast.

These are 4 young guys that all have very high ceiling to be the future of the position. Evans showed his talent off last year and took over the #1 WR spot on his team over Vincent Jackson. Cooks is poised for a huge breakout year as the #1 WR for Drew Brees. Matthews is the last man standing for the Philadelphia offense that has lost DeSean Jackson, Jeremy Maclin, and LeSean McCoy over the last 2 years. Hopkins takes over the #1 WR spot in Houston for long time Texans great WR Andre Johnson.

Speaking of Andre Johnson, him in the Colts offense could bring him back to his younger days of around 1200 yards and 10+ TDs. The rest of the guys on this list all have questions, however, they all have the talent and opportunity to get around 1000-1100 yards and 8-10 TDs. The guys I want to point out are Davante Adams, who is taking over for Jordy Nelson’s coveted spot as a starter for all-world QB Aaron Rodgers, Torrey Smith, who is being talked about that much but I think he’ll have a big year for SF, and the rookie Amari Cooper, who I think within the next 2 years, will be a top 10 WR.

Everyone on this list I would put in the “Flex Consideration” group. I’m not confident enough at this time to start them in the #2 WR slot, but they all will have flashes and put up good weeks. Probably is, I think they’ll give you just as many bad week as good ones. Most of the people in this group either have a bad QB like Marshall and Watkins, they are on a bad or non-passing offense like Boldin and Maclin, or the connection between them and their QB is unknown like Wright and Funchess.

Robinson and Quick were very good last year, but both are coming off season ending injuries. Smith is another year older and slowed down at the end of the year. Jones spent mostly the entire year hurt last year. T-Will is the 4th option in Dallas. Not sure how well Stills deep speed will connect with a QB that rarely throws the ball well down the field like Tannehill. LaFell is Brady dependent. Landry will be very good in PPR, in standard not so much. Agholor is the unknown of this group, wouldn’t blame you taking a chance on him. Harvin, Garcon, and Decker are talented players with no QB to get them the ball.

Tier 7 – Draft for Depth Only

I’m a guy that goes RB early and often, so I normally don’t have to go 5 deep on WRs, but these are the type of players that will be there if you have to. None of them stand out, but if you get a bunch of injuries and 1 of these guys are forced into action, they may get you 50 yards. Baldwin and Bowe are actually the #1 WRs for their team, but Cleveland is dreadfully bad and Seattle offense is centered around Marshawn Lynch, so no matter who, if you have to start someone from this group, good luck.

We’ve got 1 more Fantasy Football article this week, and it will be on the Tight Ends, as they will try to recover from what seemed to be a much hyped year for TEs that turned out to be pretty dead. I will also try to throw in some defenses that I think you might want to keep an eye out for. And as I always say, if you have a draft before then, good luck and if you have any draft or fantasy football questions, I can be reached on twitter with the handle @Pacman453323.